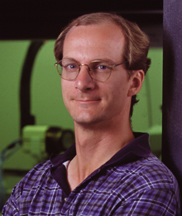 Peter C. Burns, chair and Henry J. Massman Professor of Civil Engineering and Geological Sciences at the University of Notre Dame, has been named one of the top 10 most cited authors in the field of geosciences for the period 1997 to 2006.

Thomson Scientific, a division of the Thomson Corp. published the rankings of the most cited institutions, authors and journals in a recent edition of Science Watch. Data from 224 journals and more than 150,000 papers were analyzed and used to determine the rankings. Burns, with 1,330 citations in the past decade, ranks seventh. He is one of just three researchers from a U.S. institution (Stanford University and University of California, Berkeley, are the others) represented on the list.

A faculty member since 1997, Burns has served as department chair since 2002. In addition to his work in the College of Engineering, he serves as a concurrent professor in the Department of Chemistry and Biochemistry.

He has received numerous awards throughout his career, including the Winthrop Spencer Gold Medal for Outstanding Achievement in Geological Sciences, the Hawley Medal and the Young Scientists Medal of the Mineralogical Association of Canada, the Mineralogical Society of America Award and the Donath Medal as the outstanding young scientist from the Geological Society of America.

The most cited author in the survey was the University of Manitobas Frank C. Hawthorne, who was Burnsdissertation adviser.