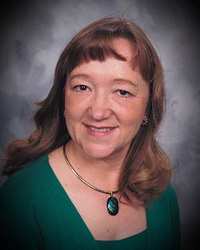 Joan F. Brennecke, Keating-Crawford Professor of Chemical and Biomolecular Engineering and director of the University of Notre Dame Energy Center, has been appointed editor of the American Chemical Society’s (ACS) Journal of Chemical & Engineering Data.

The Journal of Chemical & Engineering Data is a monthly publication that reports on experimental, evaluated and predicted data on the physical, thermodynamic and transport properties of well-defined materials including complex mixtures of known compositions and systems of environmental and biochemical interest.

Throughout her career, Brennecke has received numerous awards for her research, as well as for her contributions in the classroom. She is the recipient of the Ernest Orlando Lawrence Award from the U.S. Department of Energy (DOE) for her exceptional contributions in research and development supporting DOE in its mission to advance the national, economic and energy security of the U.S. She also was selected as the 2008 Julius Stieglitz Lecturer Award by ACS.

Brennecke also has received the 2007 John M. Prausnitz Award for outstanding achievement in applied chemical thermodynamics from the Conference on Properties and Phase Equilibria for Product and Process Design, the Professional Progress Award from the American Institute of Chemical Engineers (AIChE), and the 2001 Ipatieff Prize from the ACS in recognition of her high-pressure studies of the local structure of supercritical fluid solutions and the effect of this local structure on the rates of homogeneous reactions. In 1991, the National Science Foundation honored her with the Presidential Young Investigator Award.

“We are pleased and fortunate to welcome Dr. Brennecke as the new editor of the Journal of Chemical & Engineering Data,” said Susan King, senior vice president of ACS publications. “Recognized through the community through numerous awards, including the ACS Ipatieff Prize, the J.M. Prausnitz Award, and the Department of Energy’s E.O. Lawrence Award, Dr. Brennecke brings to the journal a background of accomplished research and publications, with the leadership and expertise to build upon the successes achieved under the excellent stewardship of Dr. Kenneth Marsh over his 20-year tenure as editor.”

A member of AIChE, ACS and the American Society for Engineering Education, Brennecke is past chair of the Council for Chemical Research and currently serves on the editorial board of the journal Green Chemistry.