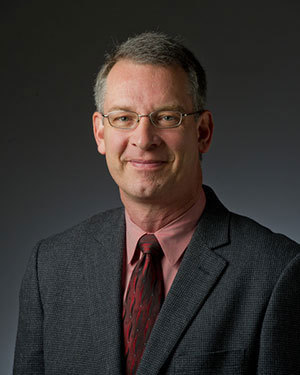 Brad Gregory, professor of history and Dorothy G. Griffin Collegiate Chair at the University of Notre Dame, has been selected as the new director of the Notre Dame Institute for Advanced Study (NDIAS). He succeeds Vittorio Hösle, the institute’s founding director for the past five years and the Paul Kimball Professor of Arts and Letters in the Department of German and Russian Languages and Literatures and concurrent professor of philosophy and of political science.

“I am delighted by this opportunity to serve as the next director of NDIAS, building on the foundation laid by Vittorio Hösle,” Gregory said. “Notre Dame’s identity as a Catholic university makes it well positioned to foster cutting-edge interdisciplinary research that deliberately engages, rather than avoids, questions of norms and values.”

Gregory, who joined the Notre Dame faculty in 2003, is a historian of late medieval and early modern Christianity and of intellectual history in early modern Europe. He also holds two degrees in philosophy, both earned at the Catholic University of Leuven, Belgium. His research focuses on 16th- and 17th-century Catholics, Protestants and radical Protestants in England, France, the Low Countries and Germany. Of central concern to his work as well are the long-term ideological influences and institutional consequences of the Reformation era on the making of the modern Western world. Another area of interest is methodology and theory in the understanding of religion and history.

Gregory’s publications include “The Unintended Reformation: How A Religious Revolution Secularized Society” (2012); “Seeing Things Their Way: Intellectual History and the Return of Religion” (co-edited, 2009); “The Forgotten Writings of the Mennonite Martyrs” (edited 2002); and “Salvation at Stake: Christian Martyrdom in Early Modern Europe” (1999).

His many awards and honors include the 2012 Aldersgate Prize in Christian Scholarship for “The Unintended Reformation” and the Hiett Prize in the Humanities from the Dallas Institute of Humanities and Culture in 2005, as well as the Joyce and Kaneb Teaching Awards at Notre Dame.

NDIAS, established in 2009 as one of the University’s Strategic Research Investment initiatives, supports research related to ultimate questions and questions of value, especially as they engage the Catholic intellectual tradition. NDIAS also offers artists, professionals, scholars and scientists an opportunity to explore the relationship between the descriptive (the world as it is) and the normative (the world as it should be).

The agenda of NDIAS is open, permitting fellows to pursue outstanding research in all areas. Discourse is shaped by an emphasis on broad questions that link multiple areas of inquiry, allowing scholars to examine questions beyond the normal boundaries of their disciplines. Catholic dedication to the unicity of knowledge means that no questions are off limits.

The institute furthers its goal of fostering engaging thought on significant issues by hosting a major annual conference. The conferences include scholars from some of the world’s most renowned universities and institutions as presenters and participants. This year’s conference, titled “Public Intellectualism in Comparative Context,” will take place April 22-24 (Monday-Wednesday).

More information on the NDIAS can be found at ndias.nd.edu.