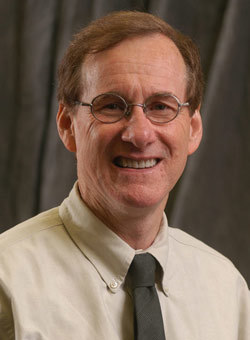 If practiced safely, co-sleeping with your baby is safe and beneficial, according to James McKenna, University of Notre Dame biological anthropologist and world-renowned expert on sudden infant death syndrome (SIDS).

A study by the American Academy of Pediatrics (AAP) released March 26 examines the data on SIDS, comparing infant deaths before and after the 1994 implementation of the “Back to Sleep” campaign, a national movement to have parents put babies to sleep on their backs rather than in a prone position.

The AAP advises against co-sleeping with infants, stating that any bed-sharing situation is unsafe – a recommendation with which McKenna strongly disagrees.

“The AAP’s one-size-fits-all recommendation certainly shows that Western medical authoritative knowledge has failed to learn tragic lessons from our past,” says McKenna, director of Notre Dame’s Mother-Baby Behavioral Sleep Laboratory, and author of “Sleeping With Your Baby: A Parents’ Guide to Co-sleeping.”

“Without a full understanding of what it meant to dismantle an age-old integrated biological system — that is, infants sleeping on their backs, to breast-feed, next to their mothers — Western medical science created the conditions within which hundreds of thousands of babies died from SIDS.”

McKenna stresses that not all families and babies are the same, and that bed-sharing is a heterogeneous practice with outcomes ranging from lethal when practiced unsafely to being beneficial and protective when practiced safely. The danger is not in bed-sharing itself but in how it is practiced – an important distinction that must be made. 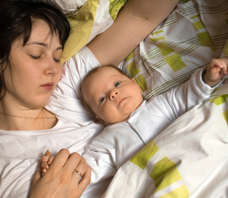 “Safe co-sleeping involves an environment where the mother is breast-feeding, is not obese and where there are no other children in the bed,” McKenna says.

Unsafe co-sleeping practices include chemically impaired parents; a mother who smokes; sleeping in a chair, sofa or recliner with a baby; placing babies on thick pillows; or placing the baby in the prone or tummy position to sleep.

But McKenna does believe there are ways to make it much safer — and that a public information campaign that advises a blanket policy against bed-sharing does a disservice to promoting safer practices in the significant percentage of people who are already doing it.

“The AAP now seems set on perpetuating aspects of this tragedy by assuming that American parents, in contrast to mothers everywhere in the world, are uneducable as to how to lay safely next to their infants to successfully breast-feed, nurture and sleep with their infants.”

One study of 6,000 Los Angeles women in which McKenna participated found that 70 percent of parents shared a bed with their babies at least intermittently. Other studies have found numbers closer to 40 percent or 50 percent, he said.

It’s a figure that’s been rising in recent years, he said, driven in part by increased interest in breast-feeding, working mothers who want to bond with their children overnight and the “attachment parenting” style of child rearing. "About 80 percent of mothers who sleep with their babies did not plan to do so prior to giving birth,” he said.

McKenna and his research team pioneered the first behavioral and electro-physiological studies documenting differences between mothers and infants sleeping together and apart, and he has become known worldwide for his work in promoting studies of breast-feeding and mother-infant co-sleeping. His research continues to build evidence in favor of the notion that babies sleep best and more safely next to their mothers, within sensory range.