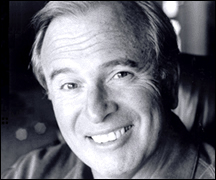 Author and media writer Ken Auletta will deliver the 2005 Red Smith Lecture in Journalism at 7:30 p.m. Sept. 8 (Thursday) at the University of Notre Dame.

Ranked the premier commentator on the American media by the Columbia Journalism Review, Auletta will speak in the auditorium of theHesburghCenterfor International Studies. TitledWho Do Journalists Work For?the lecture is free and open to the public.

Auletta has written theAnnals of Communicationcolumns and profiles for The New Yorker __ since 1992. He is the author of 10 books, including four national best-sellers, and has won numerous honors in journalism, including a National Magazine Award in 2002 for profile writing for an article on Ted Turner.

Auletta expanded his profile of Turner for his most recent book,Media Mogul: Ted Turners Improbable Empire,published last year. His other books include a collection of articles about the state of American journalism titledBackstory: Inside the Business of News,Three Blind Mice: How the TV Networks Lost Their Way,The Highwaymen: Warriors of the Information Superhighway,andWorld War 3.0: Microsoft and its Enemies.

Prior to writing for The New Yorker, __ Auletta taught and trained volunteers for the Peace Corps, served as special assistant to the U.S. undersecretary of commerce, worked in Sen. Robert F. Kennedys 1968 campaign for the presidency, and was executive editor of the weekly Manhattan Tribune.

Terence Smith, Red Smiths son, a correspondent for The NewsHour with Jim Lehrer on PBS and a 1960 Notre Dame alumnus, also will speak about his father on the 100 th anniversary of his birth.

The Red Smith Lecture in Journalism was established in 1983 to honor the sportswriter and 1927 Notre Dame graduate Walter W.RedSmith, who won the Pulitzer Prize in 1976 for distinguished criticism. At the time of his death in 1982, Smith was a columnist for The New York Times. Previous Red Smith Lecturers include James Reston, James J. Kilpatrick, Art Buchwald, Charles Kuralt, Georgie Anne Geyer, Ted Koppel, Jim Lehrer and Frank McCourt.

The series is made possible by a gift from John and Susan McMeel and Universal Press Syndicate. ASouth Bendnative and 1957 Notre Dame graduate, John McMeel is chairman of Andrews McMeel Universal, the parent company of Universal Press Syndicate. He is a member of the advisory council for Notre Dame’sCollegeofArtsand Letters and a member of the advisory committee of the Gallivan Program.

Universal Press Syndicate will publish Aulettas lecture and distribute it to several thousand journalists and educators.