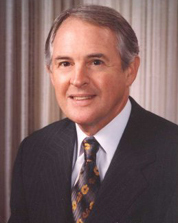 The International Astronomical Union (IAU) has named an asteroid in honor of Ray H. Siegfried, a graduate, trustee and benefactor of the University of Notre Dame.p. Discovered March 11, 2000, by the Lowell Observatory Near-Earth-Object Search program in Flagstaff, Ariz., the asteroid currently is in the constellation of Gemini near two bright stars, Pollux and Castor.p. The suggestion to honor Siegfried came from Terrence Rettig, professor of physics at Notre Dame. The two met in the mid-1990s when Siegfrieds daughter, Milann, took an introductory astronomy class taught by Rettig. Siegfried arranged for former astronaut Gen. Thomas Stafford to speak to the class, a favor Rettig always remembered. When Rettig learned of Siegfrieds battle with amyotrophic lateral sclerosis (Lou Gehrigs Disease), he thought the naming of an asteroid would be an unusual and significant way to honor and thank Siegfried.p. The IAU formally announced the naming of Asteroid Siegfried, as well as three other recently discovered asteroids, on July 13. Another Notre Dame figure, president emeritus Rev. Theodore M. Hesburgh, C.S.C., also has an asteroid named in his honor.p. A 1965 Notre Dame graduate, Siegfried is chairman of the board of the NORDAM Group, a Tulsa, Okla., aerospace firm with 2,000 employees and facilities in four states and several other nations.p. Siegfried has served on the boards of numerous professional, civic, educational, philanthropic and other organizations. He is a member of both the Tulsa and Oklahoma Halls of Fame and was honored by his alma mater in 1995 with an honorary doctor of laws degree.p. The Siegfrieds have made numerous contributions to Notre Dame, including funds for a mens residence hall, a chaired professorship, and the Siegfried wing of Mendoza College of Business. The Siegfrieds are the parents of six children, five of whom are Notre Dame graduates.p.