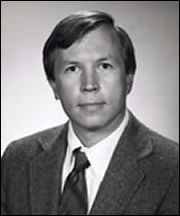 John Stamper, associate professor of architecture at the University of Notre Dame, analyzes the evolution and development of Roman temples in his new book, “The Architecture of Roman Temples: The Republic to the Middle Empire,” published recently by Cambridge University Press.

In the book, Stamper explores Roman temple architecture from its earliest history in the sixth century B.C. to the second century A.D., analyzing the temples’ formal qualities, the public spaces in which they were located, and the precedents established by their designs. He also traces the evolution ofRome’s temple architecture and the ways it has accommodated changing political and religious contexts, as well as the effects of new stylistic influences.

Stamper, who last year was named associate dean of Notre Dame’sSchoolofArchitecture, joined the University’s faculty in 1984 and teaches architectural history for the sophomore survey and design in the fourth- and fifth-year studios, including theSouth BendUrbanDesignCenter. He served as director of the University’s Rome Studies Program from 1990 to 1999 and has been a recipient of Notre Dame’s Kaneb Award for outstanding teaching of undergraduates.