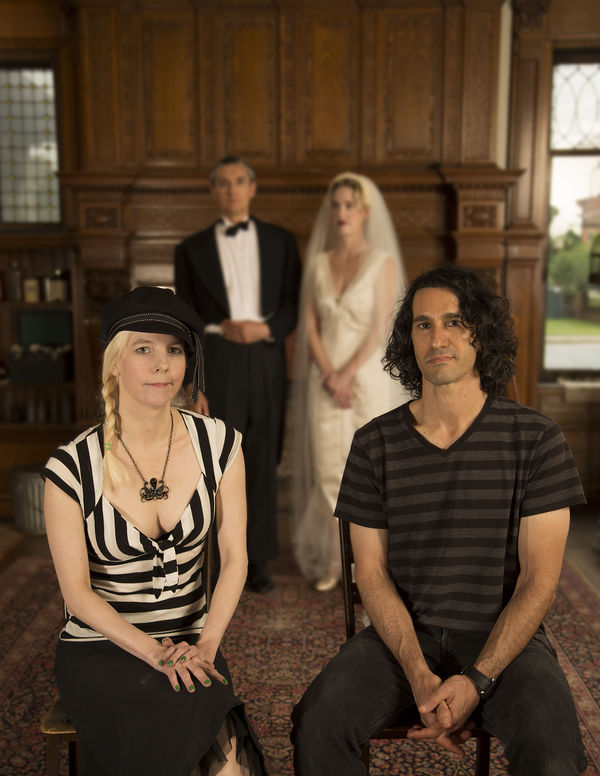 Agustin Fuentes is chair of the Department of Anthropology and a widely known anthropologist specializing in primatology and human evolution. This fall, Devi Snively, an adjunct faculty member in Anthropology, will be teaching her popular course “Cultures of Fear: Anthropological Perspectives on Horror Films.”

During the summer, they have another gig — he’s an independent film producer working with director, screenwriter and partner Snively on short horror comedies including “Confederate Zombie Massacre,” “Teenage Bikini Vampire” and, this summer, “Bride of Frankie” — a “feminist take on the Frankenstein story with a ‘Taming of the Shrew’ subplot,” says Snively.

“Bride of Frankie” was filmed in South Bend’s historic downtown Birdsell Mansion over five days in July. The goal is to have the film through post-production in time for the Berlin and Sundance film festivals in January 2017.

For updates on the movie, visit brideoffrankie.com. For more images from the film shoot, visit photographer Justin Benzel’s blog, justinbenzel.tumblr.com.