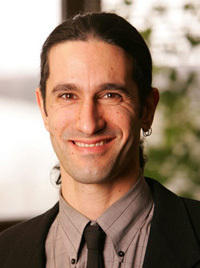 “The social lives of humans, the way we live with other animals and the way we change the world around us all play major roles in making us who we are today,” Fuentes said.

Specializing in biological anthropology, primatology and evolution of social organization and behavior, among other areas, Fuentes examines human evolution from several perspectives. In his article “A New Synthesis: Resituating Approaches to the Evolution of Human Behaviour,” which appeared in the June issue of the journal, he explains that evolution is more than natural selection and “survival of the fittest.”

“In the 150 years since the publication of Darwin’s ‘On the Origin of Species’ we have learned a great deal,” Fuentes said. “It turns out that behavior, especially behavior that changes the environment around us, can be a powerful factor in the processes of evolution. It also seems that the way information is passed from generation to generation can involve much more than genes.”

Fuentes says melding evolutionary and anthropological theories and perspectives provides important insight into the way human behavior has evolved over time. He uses examples of humans and other animals, especially dogs, to discuss how these new perspectives help us better understand the processes by which our cultures, bodies and ecologies change over time.

“We have evolved the ability to care and cooperate intensely with other people, especially friends and relatives,” Fuentes said. “But as humans we don’t stop there. We can extend the net of caring across our species and even to other species. I suggest, following the philosopher Donna Haraway and the author Meg Olmert, that the relationship between humans and dogs is an important evolutionary one. It involves biology as well as our behavior. Humans and dogs have been shaping one another for millennia.”

The article can be viewed in its entirety at http://www3.interscience.wiley.com/cgi-bin/fulltext/122407658/PDFSTART.

A professor of anthropology, Fuentes has been a member of the Notre Dame faculty since 2002. He is the author of “Evolution of Human Behavior,” which examines how and why humans evolved behaviorally, and “Health, Risk and Adversity,” which provides a unique comparative approach to the analysis of health disparities and human adaptability and specifically focuses on the pathways that lead to unequal health outcomes.