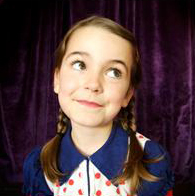 The University of Notre Dame will present the first ANDkids World Film Festival from July 23 to 25 (Thursday to Saturday) at the DeBartolo Performing Arts Center and various locations around the South Bend community.

The festival line-up features live action and animated features, shorts, repertory classics, documentaries and outdoor screenings, all showcasing culturally diverse cinema for children. It also includes opportunities for children and families to interact with actors, directors and musicians through workshops and discussions.

Highlights will include a live performance by the Andreas Kapsalis Trio of the world premiere score for “The Adventures of Prince Achmed” on July 23 and an appearance by actor Sean Astin, known to film fans for his performances in “Rudy” and the “Lord of the Rings” trilogy, who will join the festival July 25 to introduce and discuss the 1962 film “The Miracle Worker,” for which his mother, Patty Duke, won an Academy Award.

All screenings and presentations are free and open to the public, but most require tickets, which may be reserved by calling the center ticket office at 574-631-8200.