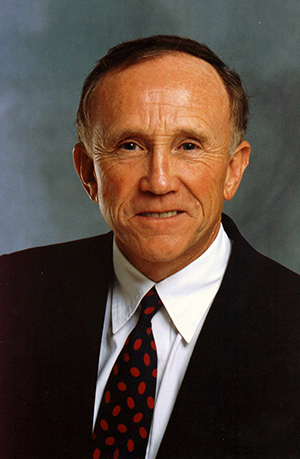 Two gifts totaling $35 million from University of Notre Dame alumnus Richard Corbett will underwrite the construction of a 280,000-square-foot building on the east side of Notre Dame Stadium and endow the head football coaching position at the University.

A $25 million gift is in support of Corbett Family Hall, which will house the Departments of Anthropology and Psychology and a digital media center, and the remaining $10 million will establish the coaching endowment.

“For many generations of Notre Dame faculty and students to come, Corbett Family Hall will represent a full integration of teaching, research and advanced technology on our campus,” said Rev. John I. Jenkins, C.S.C., Notre Dame’s president. “Likewise, the endowment of the coaching position reflects Dick Corbett’s insight about the ways in which athletics contributes to Notre Dame’s larger commitment to educating students in mind, body and spirit.

“We are humbled by and tremendously grateful for these extraordinary gifts from Dick.”

Construction of Corbett Family Hall began in November and will be completed in August 2017. The University recently announced a gift from the Duncan family of Denver for construction of a building on the west side of the stadium for student life initiatives.

“The new buildings surrounding Notre Dame Stadium, as well as the other projects we have begun, or will soon begin, are tangible evidence of our commitment to the traditional residential college campus,” said John Affleck-Graves, executive vice president of the University. “All of us at Notre Dame are deeply appreciative of Dick’s vision and generosity.”

A digital media center to support faith-based, academic, performance and athletics programming will occupy the first level of Corbett Family Hall. It will include a main studio with attached audio/video control rooms, a teaching studio, a suite of editing and mixing studios, a classroom and space for other instruction and offices.

The second level will house the Department of Anthropology. Features include space for seminar classes, meetings and tutoring; offices for faculty and graduate researchers; and multi-function labs, including specially designed teaching and research labs for human biology and genetics, archaeology, and human osteology. The department provides multidimensional inquiry into what it is to be human — past and present, nearby and distant — and includes six research clusters: anthropological sciences; childhood, families and learning; development, violence and peace; evolutionary anthropology and health; social complexity, identity and power; and ritual, belief, practice and meaning.

Now housed in seven locations on and off campus, the Department of Psychology will occupy the third through fifth levels of Corbett Family Hall and will include research laboratories, computing and teaching space, offices and space for future expansion. The department offers graduate programs in cognitive, clinical, developmental and quantitative psychology, joint doctoral programs in peace studies and computer science/engineering, and an undergraduate major that emphasizes hands-on research. Among many areas of focus are children and families, marriage, memory and attention disorders. 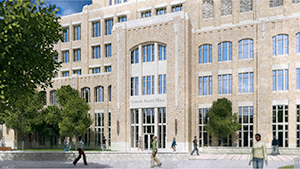 “Thanks to Dick, we can now create a central home with classrooms, labs, offices and common spaces for two academic departments — psychology and anthropology — that are experiencing dynamic growth,” said Thomas G. Burish, Charles and Jill Fischer Provost. “The entire University will also be well served with the new digital media center, which will consolidate several digital programs and resources into one location. In these ways and many more, Corbett Family Hall will both support and expand the work of faculty and students who will research, study and collaborate in the new building.”

The top three levels of the building will feature hospitality space for football weekends and throughout the year, including two clubs, premium seating for football, open-air terraces, food and beverage service and, on the top level, a press box for working media.

“Dick has always been a loyal supporter to the University of Notre Dame and its global family,” said Jack Swarbrick, vice president and director of athletics. “He serves on Notre Dame’s Gift Planning Advancement Committee, which plays a vital role toward the advancement of the University’s mission. Dick possesses a near-immeasurable desire for excellence in all areas — education, athletics, faith and community. This remarkably generous gift will help the University continue its commitment to provide its students with the finest college experience.”

Brian Kelly will be the first Corbett Family Head Football Coach. A veteran of 24 seasons as a collegiate head coach, he brings a championship tradition to his sixth year at Notre Dame.

Currently the third-winningest active coach in the NCAA Football Bowl Subdivision with 216 victories, Kelly has guided the Irish to 45 wins over his first five years in South Bend. Only Lou Holtz collected more victories (46) over his first five seasons at Notre Dame. His 139 victories as a head coach since 2001 are more than all but two active FBS head coaches — Oklahoma’s Bob Stoops and Ohio State’s Urban Meyer.

The only coach to lead the Irish to at least eight victories over each of his first five seasons, Kelly was the 23rd college coach to reach 200 career victories with at least five years of service or 50 victories at a major college. He was the second youngest to reach the 200-career win plateau. The only two-time winner of the Home Depot Coach of the Year Award (2009 and 2012), Kelly was the first coach in school history to lead the Irish to bowl games during each of his first five seasons.

In 2012, Kelly became the first coach to oversee a program that earned the number one ranking in the polls while also standing first in NCAA Graduation Success Rate and playing for the Bowl Championship Series title. That 2012 season marked Notre Dame’s first undefeated regular season since 1988 and its highest final national ranking since 1993.

“I’m honored and quite humbled to be a part of this incredible gift from Dick,” Kelly said. “He has offered the University of Notre Dame and its football program an incredible gesture that will help so many people on this campus. His generosity, vision and unyielding support reinforce our University’s commitment to provide all of its students with a truly unique and exceptional college experience. This further fosters Notre Dame’s commitment to excellence in all areas.

“I really enjoyed spending time with Dick and his wife, Cornie, last month. Their passion for sport, community and family is contagious. They’ve both accomplished so much in their respective lives. As a former campaign aide myself, I’m fascinated by Dick’s career in politics, where he served both John F. and Robert F. Kennedy, and Cornie remains one of Tampa’s most significant community and civic leaders.” 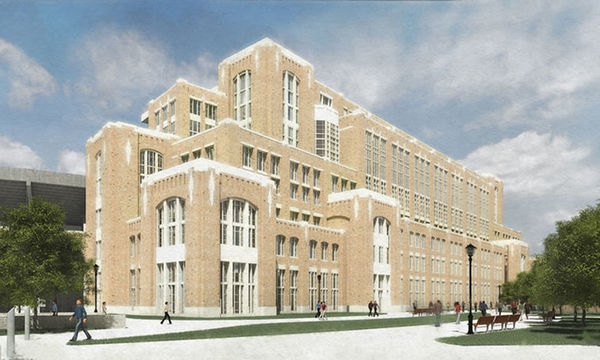 Notre Dame has been a part of the Corbett family history for more than 90 years.

“My father, brother and I have proudly and boldly worn our blue and gold in all that we have done,” Corbett said. “We have sought to support the tradition of excellence in academic, athletic, personal and professional performance. We are very pleased to help further build Notre Dame’s commitment to the dynamic blend of academic and athletic enrichment that continues to be a beacon of this nation’s values and sustainability.”

Corbett earned a bachelor’s degree in history from Notre Dame and was class president his senior year. After graduation, he worked on the John F. Kennedy presidential campaign and then in the White House. He earned a master of business administration degree from Harvard University and went on to serve as a financial manager for the Kennedy family in New York and business manager of Robert F. Kennedy’s 1968 presidential campaign.

Corbett is chair of the Florida Fish and Wildlife Conservative Commission and its longest-serving full-time board member. He is also a member of the Florida Council of 100 and the Republican Governors Association Executive Round Table Group. He is a former board member of Tampa General Hospital and its Foundation, Tampa’s Museum of Science and Industry, the Hillsborough Education Foundation and the Florida Council on Economic Education, and he has served on the national finance committee for Gov. Mitt Romney’s 2012 presidential campaign.

In celebration of the 50th reunion of the Notre Dame Class of 1960, Dick provided a generous matching gift in 2010 for the class’ scholarship fund. He also has been a supporter of Notre Dame’s Sorin Society and MBA Program.

The Corbetts are the parents of four adult children and have two grandchildren.