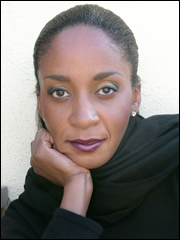 Frances Shavers, a 1990 University of Notre Dame graduate who previously served in the Notre Dame athletic department and Alumni Association, will return to the University to serve as executive assistant to incoming President Rev. John I. Jenkins, C.S.C.

Francesis an extraordinarily talented individual with equally impressive interpersonal skills,Father Jenkins said.She has a deep understanding of and appreciation for Notre Dame, and I could not be any more pleased that she has accepted our invitation to return to her alma mater and serve on my administrative team.

After earning her bachelors degree in sociology, Shavers worked for two years with the Aetna Life and Casualty Co. inDallasandBuffalo,N.Y.She returned to Notre Dame in January 1992 to serve as director of alumni clubs and student programs in the Universitys Alumni Association. Her responsibilities included supervision of the activities and programs of the Universitys student-alumni group and serving as liaison between Notre Dame and its network of more than 100 alumni clubs nationwide.

Shavers was appointed the first coordinator of the Notre Dame athletic departments Life Skills Program in 1996. Under her direction, the program created academic, personal and career support programming for the more than 700 Irish student-athletes, and has since been recognized as a model within intercollegiate athletics.

At USC, Shavers was responsible for overseeing a collaboration of the universitys major educational outreach initiatives. She facilitated communication among various programs, developed programming that integrated services, and managed the academys strategic planning process.

Shavers began work on her masters and doctoral degrees in 1998 in the Graduate School of Education atHarvardUniversity. She earned her masters a year later in administration, planning and social policy and completed her doctorate last year in the same field with a concentration in higher education.

A Gates Millennium Scholar at Harvard, Shavers received the K. Patricia Cross Future Leaders Award in 2000 from the American Association of Higher Education (AAHE). She is a current member of the AAHE and in the past served on numerous committees on admissions, curriculum, and diversity at Harvard and Notre Dame.