Advanced Diagnostics and Therapeutics (AD&T) at the University of Notre Dame, an interdisciplinary research initiative focused on developing diagnostic and therapeutic technologies for commercialization, has hired five research assistant professors who will pursue projects emphasizing significant concerns in society and the medical community.

With the assistance of the Mendoza College of Business, Innovation Park and the IrishAngels network, the researchers will develop and evaluate a project’s market and financial potential and overall business model. Technologies that demonstrate commercialization potential will advance to the development of strategies most appropriate for private investment, venture formation or licensing to established life science companies. 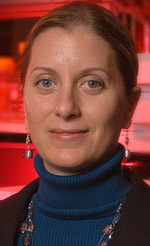 A biological scientist with experience in the pharmaceutical industry, Kiziltepe will focus her activities on targeted nanoparticle drug delivery, specifically designing nanoparticles encapsulating combinations of drugs that not only selectively target particular diseased cells but also release their drug content only after coming into contact with the target cell. In the last decade, single-drug delivery by nanoparticles has proven effective, with commercial products sales in the United States exceeding $5 billion. By using selective targeting strategies in conjunction with a drug “cocktail,” these nanoparticles will now be able to selectively bind with the different cells within the target area, aiding the therapeutic benefit. Precise timing of the drug content (and release) will greatly reduce systemic toxicity and accompanying side effects.

Kiziltepe earned her bachelor’s degree at Bilkent University, Ankara, Turkey in 1998, and her doctorate in biochemistry/bioengineering from the Massachusetts Institute of Technology in 2004. She pursued her postdoctoral degree in the Department of Medical Oncology at Dana Farber Cancer Institute/Harvard University Medical School and worked as a research scientist in the oncology division of Cerulean Pharma prior to joining the University. 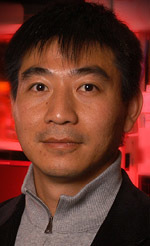 Nie earned his bachelor’s degree at the University of Science and Technology of China in 1995, his master’s degree from the Chinese Academy of Science in 2001 and his doctorate from the University of Wisconsin in 2006, all in analytical chemistry. Prior to joining the AD&T team, he served as a senior scientist at Ciba Specialty Chemicals Corp. and a postdoctoral research fellow at the Indiana University School of Medicine.

Nie is working to develop a more effective system to detect and interpret biomarkers: the biomolecular endoscope. He is designing a multiple functionalized biochip that incorporates a biofluid transport, separation and molecular analysis system utilizing microfluidics and miniaturized mass spectrometry. In clinical use this type of integrated system could rapidly profile proteomic and matabolomic data from individuals and greatly benefit the emerging field of personalized medicine. 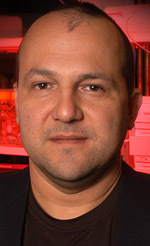 Using chemical tools to solve biological questions is Gartner’s focus. In AD&T he will be working to develop early assessment biomarkers for ovarian cancer. For many types of cancer — such as breast, cervical, colon and prostate — there are standardized screening tests that are sensitive enough to detect the disease in its early stages. To date, there is no such test for ovarian cancer. Gartner will be studying the proteins (biomarkers) released from ovarian cancer cells from women in stages I-IV of the disease in order to better understand the mechanism of disease progression. The goal of this project is to develop a biochip that can detect micro amounts of these proteins at an early stage to allow for more effective therapeutic interventions.

Gartner earned his bachelor’s degree in biochemistry at the University of Houston in 1984 and his doctorate in medicinal chemistry from the University of Washington in 2001. Prior to joining the Notre Dame faculty, he served as a research fellow in the Department of Cell Biology at Harvard Medical School. 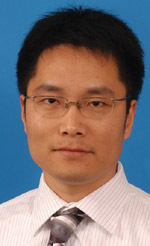 Most recently a research associate from the University of Virginia, Liu will be developing high sensitivity, cost-effective terahertz (THz) detectors for medical imaging and spectroscopy. Although similar to X-rays and other waves in the electromagnetic spectrum, THz “radiation” offers benefits for medical imaging beyond those in current screening methods. For example, patients receiving an X-ray mammogram are exposed to radioactive waves. Breast magnetic resonance imaging and ultrasonography do not use ionizing radiation, but the machines are bulkier and do not always provide the most accurate images. Liu will be working to develop better THz detectors, circuits and systems that can readily be used in devices for detection, imaging and diagnostics of biomolecules, DNAs and tumors. 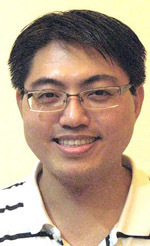 A postdoctoral research fellow at the Academia Sinica in Taiwan, Cheng is scheduled to join AD&T in January. He earned his bachelor’s and master’s degrees in electronics engineering at the National Chiao Tung University in Taiwan in 1998 and 2000, respectively, and a doctorate in electrical engineering from the University of Michigan in 2008.

Working with biologists and medical researchers at Notre Dame, Cheng will be developing a nanocolloid platform for massively parallel molecular detection of invasive species, agricultural pests, lymphatic filariasis, malaria control and drug screening. In short, he will be designing a molecular-level test, similar to a DNA probe that can target specific biomarkers, peptides, proteins or metabolites with a picomolar (10-12) sensitivity that can be used in developing nations for infectious disease control, as well as in the field for environmental monitoring and personalized health care.

Other areas being explored in AD&T include microcybernetics (human cells arranged in structures that allow for simulation with drugs, toxins or other factors and the immediate monitoring of the cellular response), advanced genomics (diagnostic sensing modalities to identify disease agents, invasive species or harmful pathogens) and engineered cartilage lubrication (the development of nanomaterials for artificial joint lubrication or tissue replacement).

“Each of these projects reflect the University’s focus on research and support its mission to serve the common good,” said Kirk Reinbold, managing director of AD&T.