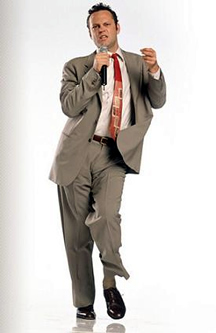 Actor Vince Vaughn will bring his national30 Days&30 Nights -Hollywoodto the Heartlandtour to the University of Notre Dame on Oct. 8 (Saturday).

Sponsored by the Student Union Board, the show will take place at 8 p.m. in Notre DamesStepanCenter. Tickets are available exclusively to Notre Dame, Saint Marys College andHolyCrossCollegestudents through Wednesday (Sept. 28) at theLaFortuneStudentCenterbox office. Remaining tickets will be available to faculty and staff.

More information on the tour can be found on the Web at www.wildwestpictureshowproductions.com .