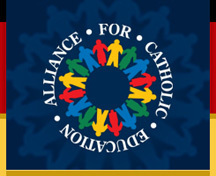 The University of Notre Dame’s Alliance for Catholic Education (ACE) program has established a new task force to examine the participation of Latino children and families in Catholic schools.

Established by Rev. John I. Jenkins, C.S.C., Notre Dame’s president, the task force will convene over an eight- to 12-month period via in-person and Webcast meetings, the first of which occurred Thursday (Dec. 11) on the eve of the Feast of Our Lady of Guadalupe. The committee will be co-chaired by Juliet V. Garcia, president of the University of Texas at Brownsville, and Rev. Joseph Corpora, C.S.C., pastor at Holy Redeemer Catholic Church and School in Portland, Ore., with ACE leaders facilitating the efforts of the task force and the subsequent implementation of its proposed strategy.

“Recognizing the obstacles to expanding Latino enrollment in Catholic schools, yet deeply aware of the opportunities, we believe that now is the time for a serious national dialogue and the development of a national strategy,”Father Jenkins said.“Through this task force we aim to catalyze a dramatic increase in the enrollment of Latino children in Catholic schools nationally over the next decade.”

The effort was inspired by a similar national task force created in 2005 that culminated in a final report titled"Making God Known, Loved and Served: The Future of Catholic Primary and Secondary Schools in the United States."The task force, convened by Father Jenkins, was composed of 50 leaders from throughout the country, including Catholic educators, diocesan representatives, philanthropists, investment specialists and Notre Dame faculty and staff, and was chaired by Rev. Timothy R. Scully, C.S.C., co-founder of the ACE program.

Established in 1994, ACE provides college graduates an opportunity to earn master of education degrees while serving as teachers in understaffed Catholic schools nationwide. In exchange for a modest stipend and a tuition-free graduate program, the ACE participants make a two-year commitment to teach in these schools.More than 85 recent college graduates from a wide variety of educational disciplines enter ACE each year. They take courses and participate in teacher training projects at Notre Dame during their two summers in the program and are assigned to full-time teaching positions at schools in some 30 cities and 14 states during the academic year. After two years, the students graduate with a master’s degree, and about 75 percent elect to remain in education.