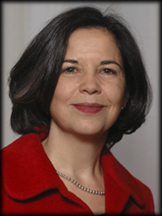 María Otero, president and chief executive officer of ACCION International, is the 2007 recipient of the Notre Dame Prize for Distinguished Public Service in Latin America.

Awarded by the Universitys Kellogg Institute for International Studies, the prize will be presented Nov. 19 (Monday) in a ceremony on campus. It includes a cash prize of $15,000, with another $15,000 given to a Latin American charitable organization designated by the laureate. Otero has selected the Organization of Youth Empowerment (OYE) from Honduras to be the recipient of the matching prize.

Otero will be honored for her work to foster economic opportunity for the poor. ACCION International is a private, nonprofit microfinance organization which provides people with financial tools such as microenterprise loans and business training that enable them to work their way out of poverty.

Otero joined ACCION in 1986 as director of its lending program in Honduras, rising to president and CEO of the organization in 2000.Under her leadership, the organization has grown exponentially, from 18 partners serving 463,293 clients in 2000, to 31 partners serving 2.46 million clients as of December 2006.During that period, ACCIONs active loan portfolio grew from $274 million to $2 billion.

María has dedicated her professional career to advocating for the poor – especially women – throughout Latin America, and to fostering economic opportunity for them,said Tara C. Kenney, managing director of Deutsche Asset Management, who nominated Otero for the prize and is a longtime Kellogg Institute board member as well as treasurer of ACCIONs board.

I have had the privilege of working with María and have been duly impressed by her vision, expertise, leadership, and commitment to public service over a span of 30 years. She was chosen for her relentless drive to correct social imbalances.

Born and raised in La Paz, Bolivia, Otero now resides in Washington, D.C. She earned her masters degree from the School for Advanced International Studies at Johns Hopkins University, where she is an adjunct professor. Her father, Rene Otero Calderón, attended law school at Notre Dame in the 1940s and worked at the Inter-American Development Bank from 1960 to 1985.

Named one of the 20 most influential women in the United States by Newsweek magazine in 2005, Otero has been recognized for leadership by Hispanic, Latina, Hispanic Business and Cookie magazines, and is a past recipient of the National Conference for College Women Student LeadersWomen of Distinctionaward.

Established in 2000 by the Kellogg Institute and funded by The Coca-Cola Foundation, the Notre Dame Prize for Distinguished Public Service in Latin America is the only award of its kind to recognize the efforts of visionary leaders in business, religion, government, or the media, as well as civic activists and intellectuals, to enhance the regions welfare.