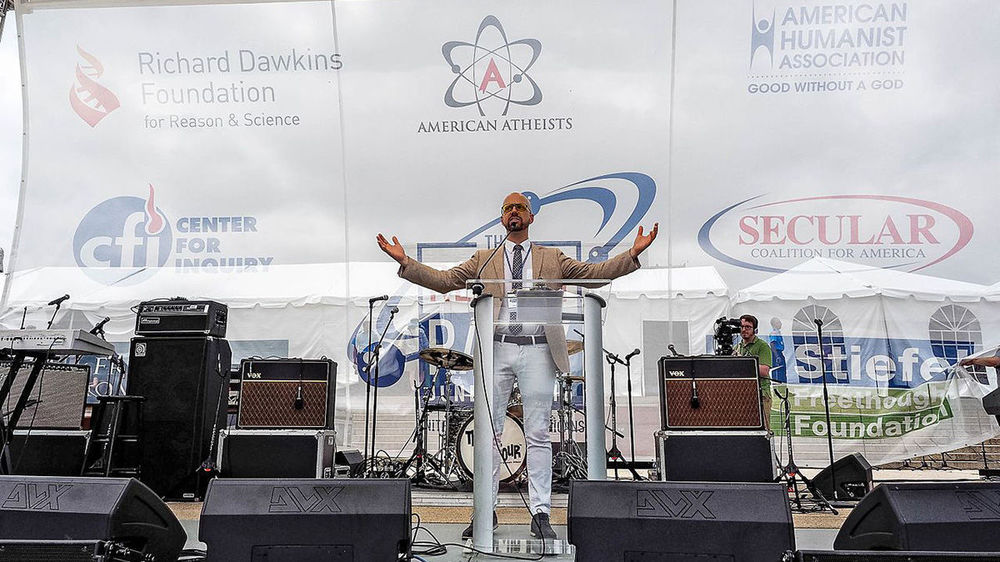 The United States is experiencing a secular surge. The largest “religious” group in the country is people with no religious affiliation — a stunning change, given that the U.S. has historically been a highly religious nation.

New research by David Campbell, the Packey J. Dee Professor of American Democracy at the University of Notre Dame, and Geoffrey Layman, professor of political science, shows a lot of diversity among this growing secular population. Many people without a religion still believe in God, for example. However, a growing share of the population are secularists who see the world through the lens of secular rationalism and humanism. And they are often politically active — most often within the Democratic Party.

Secularism, the professors wrote in their recent book “Secular Surge: A New Fault Line in American Politics,” is “important for citizens’ political attitudes, attachments and decisions, because it encompasses commitment to a set of distinctive beliefs and a sense of social identity.” Among Democrats, this emerging secular left co-exists with another wing of the party that is highly religious, composed largely of African Americans and Latinos. As the Democrats begin governing in both the White House and Congress, they will have to find ways for the secular and religious wings of the party to work together.

Perhaps ironically, Campbell and Layman’s research finds that the secular left has arisen as a backlash to the religious right. In “Secular Surge,” co-authored with John C. Green of the University of Akron, they show a wide variety of evidence that many Americans have an “allergic reaction” to the mixture of religion and conservative politics. One symptom of this allergy is that many Democrats drop their religious affiliation — if being religious means being Republican, they would rather not be considered religious. Thus, the more prominent the religious right, the more backlash it causes, and the more the secular population grows. In fact, Campbell and Layman speculate that the religious imagery on display during the Jan. 6 insurrection may lead still more Americans to drop their religious affiliation.

The rising tide of secularism in the U.S. means that some voters are on opposite sides of a religious-secular fault line, thus fanning the flames of political polarization. As Campbell and Layman wrote, “a secular-religious divide in politics also may illuminate why, above and beyond their ideological differences, ordinary Democrats and Republicans increasingly dislike and distrust the leaders and members of the other political camp — what political scientists have labeled ‘affective polarization.’ Their very different worldviews may spur Secularists and Religionists to view each other with suspicion and perhaps even hostility, thus encouraging animosity and distrust between their political teams.”

However, Campbell and Layman suggest that the nation’s secular surge need not result in more polarization, as there is more common ground between secular and religious voters than meets the eye. “One of the takeaways of our book is that secular voters are values voters. The recent runoffs in Georgia perfectly demonstrate this,” Layman said. “Shared values are the grounds on which Rev. Raphael Warnock and Jon Ossoff meet. They come to the same conclusions from different starting points.”

The challenge for President Joe Biden’s administration is finding ways to emphasize the common values of religious and secular voters, Campbell and Layman said. As the different wings of the party start the hard work of governing, this will not be easy.

Yet this is not only a challenge for Democrats. The growing secular population means that the Republicans ignore them at their peril. While most secularists lean left, there are also secular conservatives, who tend to be Libertarians, and still others who are open to supporting either party. Campbell and Layman point out that if Republicans were to reach out to secular voters, it would help to lower the boil on political polarization.

Is it possible that secular voters could end up as a swing vote? History suggests it could happen, the professors argue. After all, there was once a time when churchgoers were evenly split between the parties. If that was true for churchgoers in the past, why not secular voters in the future?

At the moment, though, secular voters are more likely to be found on the political left. For the Democrats, the question is whether they can make room for the emerging secular left, and thus harness the political potential of the U.S.’s secular surge.