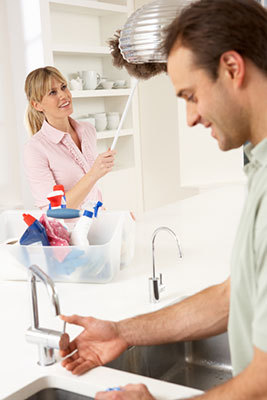 A woman’s work is never done — or so the saying goes. Though women still do about two-thirds of household chores, the division of labor may depend on what her mate does for a living.

Examining data from the Panel Study of Income Dynamics for the years 1981-2009, McClintock found that not only do men in heavily female occupations increase the amount of time spent on housework, but that the same is true for their wives or partners: married or cohabiting women in traditionally female jobs spend more time on housework while their husbands or partners decrease the amount of time spent.