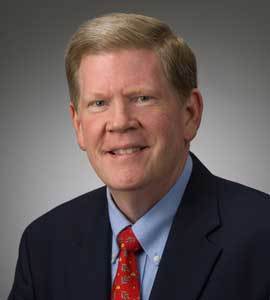 Journalists and political pundits have repeatedly stressed that the 2016 U.S. presidential campaign is like nothing they’ve ever seen. Robert Schmuhl, Walter H. Annenberg-Edmund P. Joyce Professor of American Studies and Journalism at the University of Notre Dame, believes that the campaign may indicate that American politics has reached a breaking point.

“Donald Trump is running as his own person and without a strong association with the Republican Party,” Schmuhl said. “He, in effect, is an independent running as a Republican. His candidacy in itself is a critique of the current party system in the U.S. He is showing that a dominant personality can overshadow both party and policy.

“For a number of years, political experts have worried that American politics might be heading toward a breaking point. The 2016 campaign proves that we’ve reached that point. A high percentage of Republicans and Democrats are unhappy with their choices this year, and that unhappiness — if not anger — signifies that larger, institutional forces are provoking these feelings and opinions. The unanswerable question is: How will this political period play out, and what will it mean to future governance?”

Schmuhl, director of Notre Dame’s John W. Gallivan Program in Journalism, Ethics and Democracy, often serves as an expert resource for reporters seeking comment on the American political landscape and its relationship with the media.