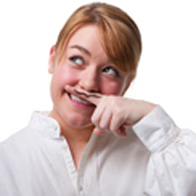 The 10th anniversary season of the Notre Dame Shakespeare Festival will open in mid-July and continue until the end of August with a variety of performances on campus and throughout the community.

“Twelfth Night,” directed by David H. Bell, will be presented Aug. 18 to 30 (Tuesday to Sunday) in the Decio Mainstage Theatre of the University’s DeBartolo Performing Arts Center.

Also on the schedule is the Young Company’s production of “The Deceived” by the Academy of the Intronati of Siena, which will be performed July 19 to Aug. 24 at numerous outdoor venues in Michiana, and “ShakeScenes,” a collection of short scenes taken from Shakespeare’s work performed free of charge on July 18 and 19 in Washington Hall on campus. “ShakeScenes” will be presented by 20 community, civic and student groups from the local community.

This year’s season also will feature “Beyond the Stage” presentations by Jay Paul Skelton, Ryan Producing Artistic Director, who will join members of the Young Company to present “Dude Looks Like a Lady: Love and Mistaken Identity in Shakespeare,” a collection of vignettes that explore Shakespeare’s interest in love and mistaken identity, July 25 to Aug. 4 at area theaters and the performing arts center’s Philbin Studio Theatre.

In “Twelfth Night,” Shakespeare tells the story of Viola, a young woman separated from her twin brother after a shipwreck. For her safety, Viola disguises herself as a boy named Cesario and gains employment with the Count Orsino, with whom she falls in love. Orsino sends Cesario to woo the Countess Olivia, who instead falls in love with Cesario, creating a hopeless and hilarious love triangle.

A complete schedule of performances, as well as ticket and pricing information, are available on the Web at http://shakespeare.nd.edu or by calling the performing arts center ticket office at 574-631-2800.