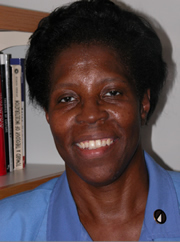 I have always depended on the kindness of strangers,one of New Orleansbest-known fictional residents, Blanche DuBois, said famously in the Tennessee Williams playA Streetcar Named Desire.

Not so for one ofNew Orleansbest-known real residents, Xavier University of Louisiana. The only Catholic institution among the nations historically black colleges and universities, Xavier has taken pride in being independent and producing graduates who not only achieve, but also help build and uplift their communities.

But Hurricane Katrina knocked the pins out from under virtually everyone and everything inNew Orleans, and left even its hardiest citizens and institutions in need of help. Happily, Katrina also called forth the best instincts of generosity among the American people at large and solidarity within the community of American Catholics.

Evidence of that solidarity will become visible on the Notre Dame campus beginning June 30, when about 60 students arrive for the summer session of Xaviers Institute for Black Catholic Studies.

Sister Phelps has been on campus since November, living at the Fischer Graduate Residences and working from an office on the third floor of Malloy Hall.

This will be the 26 th summer session in the history of the institute, whose purpose isto prepare people for effective ministry in the black Catholic community.It doesthat, Sister Phelps says, by giving theman interdisciplinary theological educationthat takes specific account of African-American culture and the experience that created it.

The institute offers a program that leads to a masters degree in theology, as well as several certificate and continuing education programs. More than 1,000 people have participated in institute programs since they started in 1980.

A Chicagoan by upbringing and the first American black woman to join the Adrian Dominican congregation, Sister Phelps is the institutes sole full-time faculty member. She has been associated with the institute since its beginning, first as a consultant, later as a faculty member and, since 2003, as director.

The rest of the faculty are adjuncts, experts in theology, sociology, music and other fields relevant to the ecclesial experience of African-Americans in this country and in the Catholic Church in America.

Sister Phelps, who earned her doctorate in theology at the Catholic University of America, estimates that as many as 100 people related to the institute programs will be on campus at some point between now and the end of classes on July 22.

How the Xavier program came to be on the Notre Dame campus this summer is a study in the meaning of solidarity. Even asNew Orleansand Xavier were still inundated, administrators from Notre Dame began calling to offer help.

By late October, when he led a seven-member Notre Dame group on a visit to devastated New Orleans, Notre Dame President Rev. John I. Jenkins, C.S.C., was able to announce that Notre Dame and Xavier had agreed on a plan to hold this summers session of the Institute for Black Catholic Studies at Notre Dame. The leadership of Norman Francis, Xaviers president and the recipient this year of a rare second Notre Dame honorary degree, was crucial in making the agreement possible.

It then fell to Sister Phelps to make the deal real. That is what she has beenworking at these past eight months from office in Malloy Hall.

This years contingent of nearly 60 students is down from the typical 72, she said, but not drastically. She feels good about this 26 th summer of the institute.

Those associated with Notre Dame, she says, ought to be proud of the Universitysspirit of hospitality and efforts to help those in need, in the spirit of social justice.