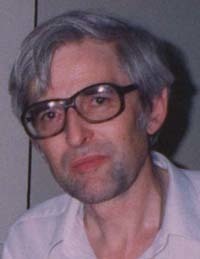 Michael Witzel, the Wales Professor of Sanskrit at Harvard University, will present a lecture titled “Out of Africa: Tracing Early Mythologies by a New Approach, Historical-Comparative Mythology,” April 12 (Monday) at 4:15 p.m. in the Andrews Auditorium of Geddes Hall at the University of Notre Dame.
Sponsored the Notre Dame Institute for Advanced Study, the presentation is free and open to the public.

Witzel is an acclaimed scholar of Indology and is known internationally for his analyses of the dialects of Vedic Sanskrit, old Indian history, the development of Vedic religion and the linguistic prehistory of South Asia. He has written extensively on important religious and literary concepts of India and their Central Asian antecedents, as well as the oldest frame story, prosimetric texts, the Mahabarata, the concept of rebirth, the line of progeny, the holy cow, the Milky Way, the asterism of the Seven Rsis, the sage Yajnavalkya, and modern Indocentric tendencies.

The author of more than 120 articles, book chapters, and other publications, Witzel is the founding chair of the Committee on South Asian Studies at Harvard and the founder and editor-in-chief of the Electronic Journal for Vedic Studies. He currently serves as editor of the Harvard Oriental Series, as managing editor of the International Journal of Tantric Studies, as president of the Association for the Study of Language in Prehistory in Boston, and as president of the new International Association for Comparative Mythology.

Witzel was elected in 2003 as a fellow of the American Academy of Arts and Sciences and last year he was elected as an honorary member of the German Oriental Society.