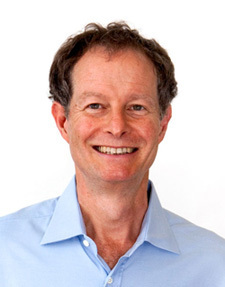 John Mackey, chief executive officer of Whole Foods Market, will speak at the Mendoza College of Business at the University of Notre Dame on Friday (March 26).

Mackey’s talk, “Conscious Capitalism,” is part of the Mendoza College’s Ten Years Hence Speaker Series, an annual spring lecture series that explores trends likely to affect business and society in the next decade. The lecture takes place at 10:40 a.m. in Mendoza’s Jordan Auditorium.

“Conscious capitalism” is a departure from the traditional model that views business as a machine with the primary purpose of producing profits. Instead, this perspective of business recognizes a deeper purpose toward benefiting the human community, and takes into account the interconnectedness of the various stakeholders, including consumers, employees, investors and suppliers.

Retail grocery chain Whole Foods Market sells natural and organic food in more than 270 stores in the United States and United Kingdom. As part of its operations, the company supports a wide range of environmental and healthy eating initiatives, including sustainable agriculture and seafood production practices.

In the health care reform issue, Mackey has been a strong proponent of “individual empowerment” measures. In an editorial published in August 2009 in The Wall Street Journal, Mackey advocated eight reforms to lower health care costs, which included such measures as repealing state laws that prevent insurance companies from competing across state lines, enacting Medicare reform and removing legal obstacles that slow the creation of high-deductible health insurance plans.

In its most recent quarter, Whole Foods reported a rise in net income of 71 percent to nearly $50 million over the same period a year ago, while sales increased 7 percent to $2.6 billion.