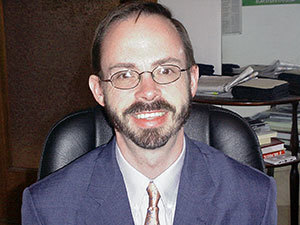 John L. Allen Jr., Vatican correspondent for the National Catholic Reporter and Vatican analyst for CNN, will speak on “Seeing the Church with Global Eyes: The Rise of a World Church and What It Means for American Catholics” at 7 p.m. Monday (Sept. 30) in the Andrews Auditorium of the University of Notre Dame’s Geddes Hall.

Allen established the Rome office of the National Catholic Reporter in 2000. From Rome, he has reported on the Vatican response to the American sexual abuse crisis, the Church’s opposition to the U.S.-led war in Iraq, the death of Pope John Paul II and the elections of popes Benedict XVI and Francis. He also is the author of nine books on the Catholic Church, and his weekly Internet column, “All Things Catholic,” is widely regarded as best single source of information on Vatican affairs in the English language.

The lecture is sponsored by Notre Dame’s Cushwa Center for the Study of American Catholicism.