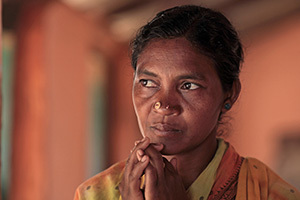 Christian communities around the world face marginalization, imprisonment, torture and even death on a massive scale. Advocacy group Open Doors USA has reported that more than 7,100 Christians were killed for their faith in 2015 alone, making it the deadliest year for Christians in modern history. A new documentary from the University of Notre Dame and the Religious Freedom Institute looks in-depth at how these communities respond.

Titled “Under Caesar’s Sword,” the 26-minute film chronicles the experiences of Christian communities in Turkey, India and other countries where their religious freedom is violated. The film features interviews with Christian families, refugees and leaders from these regions as well as the insight of scholars who have studied Christians’ response to their suffering. It highlights the creative strategies Christians employ as they struggle to survive, build alliances and resist their persecutors.

“What is remarkable about persecuted Christians is their resilience. They are not just victims. Understanding this is the key to being in solidarity with them,” said Daniel Philpott, professor of political science at the University of Notre Dame and co-director of the Under Caesar’s Sword project.

The documentary, available at no cost, will be released Nov. 1. It can be found at ucs.nd.edu/film along with a discussion guide created for groups who wish to screen the film. The film covers a number of timely topics, including the erasure of Christian culture in the Middle East, decisions made by Christian communities under threat in Turkey, the role of law and human rights activism among Christians in India and peacemaking, prayer and forgiveness as universal Christian responses.

The film was directed by Jason Cohen Productions and produced by the Under Caesar’s Sword initiative, the first systematic global investigation into Christians’ responses to violations of their religious freedom. Working to build awareness of and solidarity with Christians who suffer, Under Caesar’s Sword is a partnership of the Notre Dame Center for Ethics and Culture and the Religious Freedom Institute and is funded by a grant from the Templeton Religion Trust.