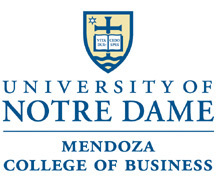 In 1982, seven people in the Chicago area died after taking Tylenol pain-relief capsules that had been laced with potassium cyanide. The crime, still unsolved, eventually led to large-scale reforms in the way food and drug products are packaged and sold in the United States.

For Johnson & Johnson, the drug’s manufacturer, the “Tylenol crisis” resulted in a new level of corporate crisis management; namely, how does a company show its concern for public safety, while at the same time, survive as a business in the face of controversy and fear?

John R. Mullen, a 1953 University of Notre Dame graduate and the vice president for corporate affairs who was instrumentally involved in Johnson & Johnson’s response, will speak at Notre Dame about the experience. His talk, “Leadership in a Corporate Crisis: Johnson & Johnson and Tylenol,” will take place Nov. 10 (Tuesday) at 8 a.m. in the Jordan Auditorium at Notre Dame’s Mendoza College of Business.

“The Tylenol case is one of the most-cited business ethical leadership and crisis management teaching cases in business ethics education,” said Jessica McManus Warnell, management assistant professional specialist at the Mendoza College. “It exemplifies values-based leadership and decision-making rooted firmly in corporate policy and culture, as evidenced by the J & J credo statement of values, one of the first ‘ethics mission statements’ in business.”

The event, sponsored by the Notre Dame Institute for Ethical Business Worldwide, is free and open to the public. All Notre Dame undergraduate business ethics students will attend the talk to supplement their in-class exploration of the case.