Three University of Notre Dame faculty members have been named fellows of the American Association for the Advancement of Science (AAAS) in honor of their scientifically or socially distinguished efforts to advance science or its applications.

Hartland, a member of the Notre Dame faculty since 1994, was cited for “distinguished contributions to the chemical physics of nanomaterials, especially ultrafast studies of the dynamics of electrons and phonons in metallic and semiconductor nanoparticles.”

Taylor, who joined the Notre Dame faculty in 1995, was cited for “contributions to the synthesis, conformational analysis, biosynthesis and medicinal chemistry of polyketide natural products.”

Wiescher, a member of the Notre Dame faculty since 1986, was cited for his “many significant contributions to nuclear physics, and to our understanding of the process that powers the stars.” 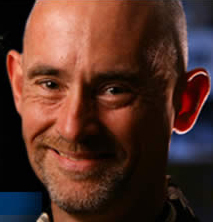 His research topics include the effect of size, shape and composition on the plasmon resonances of metal particles; vibrational response of metal nanoparticles to ultrafast laser-induced heating; development and application of novel optical imaging techniques; and energy flow and charge carrier dynamics in nanostructures.

Hartland is the recipient of Notre Dame’s Kaneb Teaching Award and has served as a visiting professor at the University of Melbourne. He is a member of the editorial advisory board of the journal Physical Chemistry Chemical Physics and a senior editor of The Journal of Physical Chemistry A/B/C/. 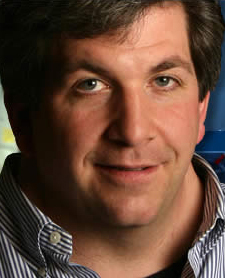 Taylor is interested in exploring the potential of polyketide natural products as chemotherapeutic agents particularly directed against cancer. Toward this end, his group’s expertise includes synthetic chemistry, molecular modeling, and molecular biology/biochemistry.

In recent years, his research group has completed the total synthesis of the complex natural products; epothilones A,B,C and D; myriaporones 1,3, and 4; peloruside A and neopeltolide.

Taylor’s analogue design strategy, focused toward the determination of the structural and conformational constraints of binding, has identified several anti-cancer lead compounds.

In addition to its successful syntheses and medicinal chemistry efforts, his research group already has contributed significantly to the field of organic synthesis through the development of a number of new synthetic methodologies that solved key problems in targeted efforts.

A recipient of both a Kaneb Teaching Award and Notre Dame’s Edmund P. Joyce Award for Excellence in Undergraduate Teaching, Taylor was a plenary lecturer at the 2005 Inaugural Leo Paquette Symposium in Synthetic Organic Chemistry at Ohio State University and delivered the 2007 Silveira Distinguished Lectureship at the State University of New York, Oswego.

Taylor, who also serves as associate dean for research in Notre Dame’s College of Science, did his undergraduate studies at Oswego State. He earned his doctorate from Rensselaer Polytechnic Institute and was a postdoctoral research fellow at Stanford University prior to joining the Notre Dame faculty. 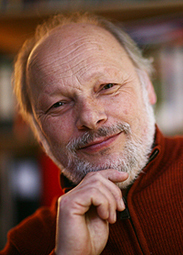 Wiescher is a world-renowned scientist in experimental nuclear astrophysics who has made numerous contributions to the determination of key nuclear rates for the understanding of stellar evolution and the synthesis of the elements in the universe. He is particularly well known for the use of novel techniques for involving low energy ion beams in measuring the nuclear reactions determining the lifetime and evolution of stars.

Wiescher also has pursued the use of radioactive ion beams in measuring important reactions relevant in explosive astrophysical environments. These techniques will be implemented at the future U.S. Deep Underground Science and Engineering Laboratory (DUSEL) and the Future Radioactive Ion Beam (FRIB) facility.

He has received several honors for his research, including the prestigious Bethe Prize of the American Physical Society and being named a fellow by the Alexander von Humboldt Foundation. He has received Notre Dame’s Edmund P. Joyce Award for Excellence in Undergraduate Teaching and is a fellow of the University’s Kaneb Institute.

Wiescher earned his vordiplom in physics, diplom in solid state physics and doctorate in nuclear physics from Universität Münster.

The tradition of AAAS fellows began in 1874 and this year the association is honoring 531 individuals as fellows. Currently, members can be considered for the rank of fellow if nominated by the steering groups of the association’s 24 sections or by any three fellows who are current AAAS members (so long as two of the three sponsors are not affiliated with the nominee’s institution) or by the AAAS executive officer.
Hartland, Taylor and Wiescher will be presented with an official certificate and gold and blue (representing science and engineering, respectively) rosette pins on Feb. 20 at the Fellows Forum during the 2010 AAAS annual meeting in San Diego.