The University of Notre Dame Alumni Association in April announced the 2016 recipients of three of its major awards.

The late Catherine Pieronek, class of 1984, is being honored with the James E. Armstrong Award, which is given to a graduate who has rendered distinguished service to Notre Dame as an employee of the University.

The Dr. William P. Sexton Award, which recognizes non-alumni of Notre Dame who have contributed exemplary service to the University and exemplified its spirit, is being presented to Les McCarthy.

And Chris Lund, class of 1961, is being awarded the Volunteer of the Year Award, given at the Leadership Conference each spring to a volunteer leader who consistently goes above and beyond in support of his or her club, class or group and Notre Dame’s alumni and friends.

All three awards will be given out during the Alumni Association Board of Directors spring meeting on campus and the association’s annual Leadership Conference. 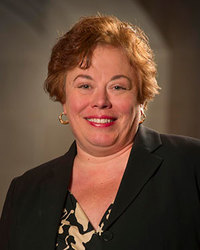 Pieronek is being honored for her years of distinguished service to Notre Dame and its students and alumni.

A native of Detroit, Pieronek graduated from Notre Dame in 1984 with a degree in aerospace engineering. She then earned a master’s degree in aerospace engineering from the University of California at Los Angeles in 1987. Pieronek worked as a senior systems engineer at TRW, where she helped develop both the Data Relay System on NASA’s Compton Gamma Ray Observatory and the Chandra satellite.

She returned to Notre Dame in 1992 to attend law school and graduated in 1995. Soon after, Pieronek became the director of alumni relations for the Notre Dame Law School and editor of its quarterly publication. Interested in gender-based equity issues, she became a nationally recognized expert in Title IX issues, writing and lecturing widely on the topic.

Pieronek joined Notre Dame’s College of Engineering in 2002, serving as its associate dean and establishing the Women’s Engineering Program to address the low enrollment and persistence of women in engineering majors. Her tireless efforts led to a 25 percent improvement in the retention of female engineering students and a 33 percent increase in the number of women choosing to study engineering at Notre Dame. Under Pieronek’s guidance, the Notre Dame chapter of the Society of Women Engineers grew into a prominent organization, winning numerous awards.

Pieronek passed away on April 10, 2015. It was a significant loss for the Notre Dame community, but her legacy lives on through the countless Notre Dame alumni and students whom she mentored, befriended and inspired. 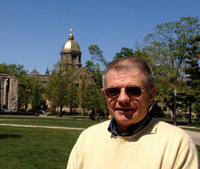 McCarthy earned this honor through his outstanding service to the University and his embodiment of Notre Dame’s values.

A native of Eastchester, New York, McCarthy graduated from Cornell University in 1966 with a business management degree. He enlisted in the U.S. Army and as a lieutenant eventually became responsible for all enlisted personnel in the U.S. Army Reserve in New York State.

After completing his military service in 1969, McCarthy worked at silo construction company in Amenia, New York. He and a business partner later purchased the company, which they expanded into five New England states. McCarthy retired when they sold the company in 2003.

He then stepped up his involvement in the Notre Dame Club of the Mid-Hudson Valley. He served as the club’s president from 2004 through 2008. Since then, he has taken on special projects for the club, most notably the Hudson Valley ALS Walk, a fundraiser he organized in 2009. The first walk included 55 club members and friends and raised nearly $5,000. Today, more than 2,000 people participate in the walk annually, with its to-date earnings totaling more than $1.1 million. This incredible success has led to an ALS Walk on Notre Dame’s campus and garnered an increase in critical services for people in the Hudson Valley who are living with ALS and their families, including support groups, home visits by a RN patient coordinator, a social worker and an equipment loan program.

McCarthy and his wife, Elaine, have two children, Patrick and Meghan, both of whom are Notre Dame graduates.

The Volunteer of the Year Award 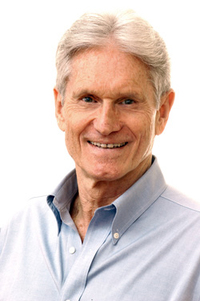 Lund is being recognized for his decades of support for the Notre Dame’s alumni, parents, friends and students in Latin America and his leadership in helping to guide and implement the University’s internationalization efforts.

After graduating from Notre Dame in 1961, Lund earned a master’s degree from the University of Wisconsin in 1962. That same year, he married Sue Hoebreckx of Milwaukee and accepted a job in Brazil.

Two decades later, when Rev. Theodore M. Hesburgh, C.S.C., then the University president, and Rev. Bob Pelton, C.S.C., visited graduates living in Latin America in search of support for University international initiatives, they called on Lund, who was the only undergraduate alumni living in Brazil at the time.

Lund has organized and hosted myriad visits to Brazil by top Notre Dame administrators and faculty. Lund also has worked closely with the University’s enrollment division to steadily boost the number of undergraduate students from Brazil applying to Notre Dame. In 2015, a record 67 applications were received from Brazil for the class of 2020.

As the number of alumni from Brazil increased, Lund founded and served as the first president of the Notre Dame Club of Brazil. He remains a key leader of the club, which has emerged as a model of excellence for international Notre Dame clubs.

From 2004-2008, Lund served as the first regional director for Latin America and the Caribbean on the Alumni Association’s Board of Directors. In this role, he mentored volunteer leaders across the region and supported the growth of the Notre Dame family. He has remained a tireless advocate for the Alumni Association’s international outreach efforts.

Lund currently serves on the Kellogg Institute for International Studies Advisory Board and the University’s Latin American and Caribbean Advisory Council, which he chaired from 2010 until this year. His passion for Notre Dame and visionary leadership continues to benefit generations of Notre Dame students, alumni and friends.