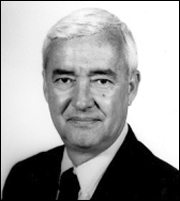 Curiosity about, even fascination with, the institution of the papacy is understandably widespread during these days between the death of Pope John Paul II and the opening of the conclave which will elect his successor.

During this period, the redoubtable Lawrence S. Cunningham, John A. O’Brien Professor of Theology at Notre Dame, has been busy answering questions from journalists all over the world, and from the staff of the University’s news and information office.

The author of some 20 books and countless scholarly and popular articles on the Church, its theology, its history, its people, and its saints, Cunningham recently recounted some anomalous conclaves of the past: