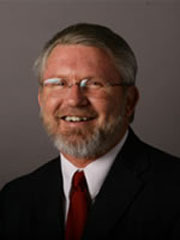 Gregory E. Sterling, executive associate dean in the College of Arts and Letters and professor of theology at the University of Notre Dame, has been appointed dean of the Graduate School, effective July 1, according to the Universitys president, Rev. John I. Jenkins, C.S.C.

The position is newly created and a result of the administrative restructuring of graduate education and research at Notre Dame. The new structure splits the former position of vice president for graduate studies and research into two positions that each report directly to the provost.

Greg Sterling has participated successfully and broadly in graduate education as a mentor of graduate students, director of graduate studies, and executive associate dean of the College of Arts and Letters,Provost Thomas G. Burish said.He is an experienced administrator, gifted teacher and mentor, respected scholar, and leader who deeply understands the Catholic character and mission of Notre Dame. As we enhance graduate studies at Notre Dame, Greg will provide the vision, energy and partnership with faculty and other deans necessary for enduring success.

Burish also thanked Peter Holland, McMeel Family Professor in Shakespeare Studies, who served as acting dean of the Graduate School during the past year.

I am most grateful to Peter Holland for skillfully and effectively leading the Graduate School through this time of transition,Burish said.He has already set it on a higher trajectory and provided a stronger foundation upon which to build.

Finally, Burish praised the members of the search committee.

The members of the search committee did an outstanding job identifying, recruiting, and evaluating a strong pool of external and internal candidates for the position,he said.They set a high bar for the position and played a major role in helping to shape the broad goals for the new dean. The success of the search is due in large part to their efforts.

A professor of New Testament and Christian origins, Sterling joined the Notre Dame faculty in 1989. He earned his doctorate in New Testament studies from the Graduate Theological Union in Berkeley, Calif., two masters degrees in Classics and religion from the University of California, Davis, and Pepperdine University, respectively, and a bachelors degree in Christianity and history from Houston Baptist University.

Sterling served for four years as director of graduate studies in the Department of Theology, and for the past seven years he has been associate dean, senior associate dean and, since 2006, executive associate dean in the College of Arts and Letters.

Sterling has concentrated his research on the writings of Philo of Alexandria, Josephus and Luke-Acts, with a focus on the ways in which Second Temple Jews and early Christians interacted with one another and with the Greco-Roman world.

Sterling is the author ofHistoriography and Self-Definition,which addresses how Josephus and Luke-Acts responded to the larger world,Armenian Paradigms,Coptic Paradigms,and he is completingPrayers from the Ancient World.He is the editor or co-editor ofHellenism in the Land of Israel,The Ancestral Philosophy: Hellenistic Philosophy in Greek-Speaking Judaism,andSapiential Perspectives: Wisdom Literature in Light of the Dead Sea Scrolls.He is the author of more than 40 scholarly articles and essays and serves as the co-editor of an annual, the editor of two major series of books, and is a member of the editorial board of a major series on the New Testament in Germany.