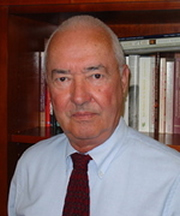 Lawrence S. Cunningham, John A. O’Brien Professor of Theology at the University of Notre Dame, will give the commencement address and receive an honorary degree May 13 ^^ atNeumannCollegeinPhiladelphia.

A member of the Notre Dame faculty since 1987, Cunningham teaches and writes about systematic theology and culture, Christian spirituality, and the history of Christian spirituality.He has written and edited numerous books, including, most recently,John Henry Newman: Selected Spiritual Writings;Francis of Assisi: Performing the Gospel Life; andA Brief History of the Saints,which is being translated into Portuguese and Japanese. He is coeditor of the academic monograph series “Studies in Theology and Spirituality” and serves as an associate editor for a number of scholarly journals.He also regularly reviews religious books for Commonweal magazine.