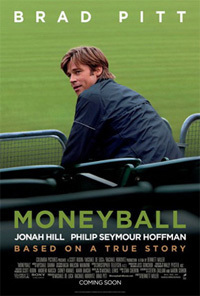 As “Moneyball” opened in theaters last week, the media began hailing the story of Oakland A’s General Manager Billy Beane as the archetypical tale of David vs. Goliath: A baseball manager from an underfunded franchise using stats-driven financial analysis to build a winning team out of undervalued and overlooked players, essentially outwitting the moneyed clubs that could buy the biggest name talent out there.

“The fundamental point was that there were inefficiencies in evaluating players," said Richard Sheehan, finance professor at the University of Notre Dame and a member of SABR – Society for American Baseball Research – since the mid-1990s. “Beane was able to hire people with the statistical skills to identify the qualities that were undervalued and then identify the players that possessed those skills. By hiring or drafting the undervalued players, Beane was able to build a successful team with a modest payroll.” 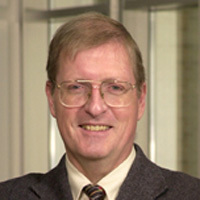 All that is true and readily documented. What also is easily documented is that Beane’s team has not been particularly successful of late, missing the playoffs for the past five years.

The reason that the strategy no longer works?

“As a business lesson, ‘Moneyball’ misses one crucial point,” said Sheehan. “You can exploit a market inefficiency for a while – as long as you are the only one or one of only a few who know about the inefficiency. Once everyone knows, the game is over. Publishing ‘Moneyball’ was effectively the kiss of death for the success of Beane’s strategy.”

Sheehan said Beane’s original strategy was entirely correct: He and his staff identified factors that were undervalued and underpriced, and he was very successful in exploiting that. “In the short term,” added Sheehan. “In the long term, everyone caught on and that inefficiency disappeared. In fact, after the book was published, the inefficiency disappeared virtually immediately – within a year – and Beane’s comparative advantage was lost. The A’s no longer were the underfunded winners; they were simply one more underfunded franchise.”

Baseball franchises haven’t given up on relying heavily on stats to compose their teams, said Sheehan. They’ve just learned the real lesson of Moneyball.

“Amusingly, a recent Wall Street Journal article about the team’s strategy notes that the stats guys now clam up and won’t share any information,” said Sheehan. “No surprise there. If there’s any metric that’s even better and they know it, they also recognize the advantage they have if others don’t know it. In other words, it’s not enough to know about a better way of doing things. In a competitive environment, you need to be the only one who knows that better way.”