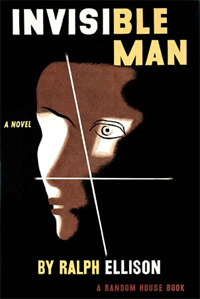 The acclaimed novel “Invisible Man” by Ralph Ellison (1914-1994) holds a prominent place in the annals of both American literature and American history. Its release in March 1952 helped catalyze the civil rights movement in this country, and generations of students have been moved by the novel’s rich portrayal of social conflict and the poignant life of its unnamed narrator.

In celebration of the 60th anniversary of the release of the book, as well as the author’s March 1 birthday, the University of Notre Dame’s Department of English is sponsoring a public reading of selections of the great novel from 11 a.m. to 3 p.m. on Thursday (March 1) in the Great Hall of O’Shaughnessy Hall, where faculty and students will read.

“The idea of a public reading from Ralph Ellison’s great novel about race and identity in America occurred to me last fall, when I taught ‘Invisible Man’ in a class on conflict and democracy in American fiction that was offered through the Peace Studies and American Studies programs as well as the English Department,” says Sandra Gustafson, associate professor of English.

“My students were immediately drawn to the complexity of the novel and particularly to its ironic yet poignant treatment of its unnamed hero, a young black man who has been thrown out of his idyllic southern college for revealing truths about black life that the college administration wants to keep secret from its white trustees. They could identify with the Invisible Man’s struggles to understand who he is and where he belongs,” Gustafson says.

“The novel’s importance for the Civil Rights movement reflects Ellison’s remarkable ability to condense African-American history in stories, allusions and symbols, as well as through the interplay of the characters,” Gustafson says.

“Astonishingly, the novel succeeds at being both a gripping tale of one young man’s confrontation with difficult realities and a nuanced history of African-American experience.”