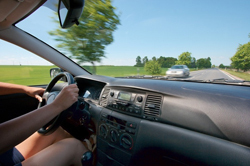 When the Model T first set the automotive world on fire in the early 1900s, it was — according to Henry Ford — “large enough for the family, but small enough for the individual to run and care for … constructed of the best materials, by the best men to be hired, after the simplest designs that modern engineering can devise …” But the Tin Lizzie, while it had a simple electrical ignition system, was largely a mechanical vehicle.

Today’s automobile, while still as popular as its early counterparts, is anything but simple. Everything is geared toward convenience, entertainment and safety. Push-button key fobs, seat warmers, air bags that automatically deploy, cruise control and other electronics, such as GPS systems, TVs and embedded communications systems, make the modern vehicle equivalent to a supercomputer on wheels. All of these systems are designed and tested to guard against problems, but recent accidents involving unintended acceleration (UA) have raised concerns about complex electronic design, including the effect of electromagnetic interference on a vehicle and its safety. 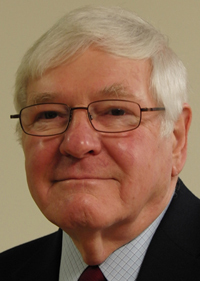 An expert in the field of accident reconstruction, Raymond M. Brach, professor emeritus in the Department of Aerospace and Mechanical Engineering at the University of Notre Dame, is among a panel of experts appointed by the National Research Council on behalf of the U.S. Department of Transportation’s National Highway Traffic Safety Administration (NHTSA) to explore electronic vehicle controls and UA.

“The issue of unintended acceleration appears to be connected with vehicle electronics and electromagnetic radiation,” Brach says. “The truth is that vehicles can encounter electromagnetic radiation anywhere from any electrical device in the car or outside of it, including cell phones and power lines. It’s one of the reasons we’re asked to turn off our cell phones and other devices in airplanes during take-off and landing. Other causes of UA may also exist, such as driver interaction with the vehicle and environment.”

According to Brach, the committee is charged with investigating the design and manufacture of electronic systems and safeguards used by automotive manufacturers; examining the electromagnetic compatibility of the devices in vehicles; reviewing the design and testing standards for the devices and looking for other possible sources of unintended acceleration, such as human error, mechanical failure or even mechanical interference with accelerator mechanisms.

When the committee presents its report in October 2011, Brach believes they will have a document that will lay the foundation for new federal regulations on automotive safety, even describing design or manufacturing improvements that automotive engineers will have to take into account regarding electronic systems in vehicles.

In the meantime, consumers worried about their cars or those who have experienced UA, should visit the NHTSA Web site, specifically the Office of Defect Investigations, where they can view a database of vehicle questions and/or report safety issues they have experienced.

A Notre Dame faculty member since 1965, Brach is a fellow of the Society of Automotive Engineers and a member of the American Society of Mechanical Engineers, Acoustical Society of America, Institution of Noise Control Engineers and National Association of Professional Accident Reconstruction Specialists.

He received his doctorate in engineering mechanics from the University of Wisconsin at Madison and his bachelor’s and master’s degrees in mechanical engineering from Illinois Institute of Technology at Chicago. A licensed professional engineer in the state of Indiana, he has published more than 100 research papers, authored “Mechanical Impact Dynamics” (Wiley Interscience, 1991) and co-authored “Uncertainty Analysis for Forensic Science” (Lawyers and Judges Publishing Company, 2004) and “Vehicle Accident Analysis and Reconstruction Methods” (SAE, 2005).