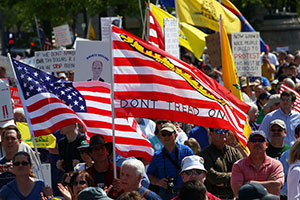 In January 2009, Barack Obama assumed the U.S. presidency in the midst of the most severe recession since the great depression of the 1930s. While many Americans hoped the new administration would take an active role in providing relief for those harmed by the economic collapse, a “Tea Party” movement emerged to oppose Obama’s agenda.

University of Notre Dame political sociologist Rory McVeigh, whose study “Educational Segregation, Tea Party Organizations, and Battles over Distributive Justice” was recently published in the American Sociological Review, says, “The political polarization that we witness today is linked to the way in which Americans live in segregated worlds.”

McVeigh and his coauthors, Kraig Beyerlein, Burrel Vann and Priyamvada Trivedi, examine why certain U.S. counties are conducive to the establishment of Tea Party organizations. Their statistical analyses show that even after accounting for many other factors, Tea Party organizations were much more likely to form in counties with high levels of residential segregation based on education levels, and that college graduates were more likely to indicate support for the Tea Party if they resided in a county characterized by high levels of educational segregation.

“Acceptance or rejection of the Tea Party’s views on the government’s role in redistributing wealth is shaped, to a large degree, by the extent to which those who have benefited from higher education are set apart in their daily lives from those who have not,” says McVeigh, who specializes in inequality, social movements, race and ethnicity. “As the article explains, the commonly held view that individuals and families who are struggling to get by are undeserving of government assistance is reinforced when the highly educated have limited contact with those who have been less fortunate.” 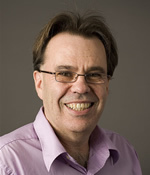 The research focused on identifying Tea Party organizations in 2010, when the grassroots component of the movement was at its peak and supporters were protesting the proposed Affordable Care Act. McVeigh says the grassroots component of the Tea Party was especially important because it helped send a message that there was something more going on than elite sponsorship from highly resourced conservative groups.

In recent years, the grassroots aspects of the movement have died down; yet as mid-term elections approach, Republican politicians are still focused on appealing to Tea Party supporters.

“If they represent a district where there is a lot of Tea Party support, they are vulnerable to challenges in primary elections from candidates who claim to be representing the Tea Party agenda — supporting sharp spending cuts and low taxes and vigorously resisting most any proposal that Obama and the Democrats have put forth,” McVeigh says. “So even without the protests and the rallies, politicians have to be mindful of the Tea Party, and there are highly resourced conservative organizations that are willing to back candidates advancing the Tea Party agenda and oppose those who are not.”

“The analyses help us understand,” McVeigh says, “how a movement enabled by highly resourced conservative organizations has been able to draw the support it needed to credibly present itself as a grassroots movement representing ordinary Americans, and thus exert influence on voters and the political process.”