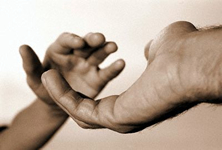 How’s this for a news flash? Notre Dame students volunteer. A lot.

Hardly a reason to stop the presses, but what may actually surprise you is how much more service-oriented our freshmen are than their counterparts across the country.

According to UCLA’s annual survey of the nation’s first-year college students, just over 70 percent of freshmen at all institutions typically volunteered on a weekly basis during their senior year in high school. In comparison, a whopping 91 percent of Notre Dame freshmen reported they had volunteered weekly and nearly 98 percent volunteered occasionally, a figure that also tops the nationwide figure of 83 percent (which, by the way, is the highest national average in 25 years).

Add to that the 72 percent of Notre Dame students who responded in the survey that it is essential or very important to help others who are in difficulty, also bettering the national average of 66 percent, and it would appear it’s no coincidence – Domers are, indeed, do-gooders extraordinaire.

So what gives? Why are Notre Dame students consistently so much more likely to serve than their peers?

“I volunteer because I firmly believe ignorance to be the leading cause of all social injustices,” offers freshman Jessica Hageman. “By educating myself and exposing myself to situations I wouldn’t otherwise encounter, I expand my own horizons, learn how I can help remedy the situation and then pass on the message.”

Hageman acknowledges that, at least for some of her peers, the motivation is less altruistic; that many get involved “simply because they think it will help beef up their resumes.” True, top tier institutions like Notre Dame do place a high value on service activities, but Hageman is hopeful that most of her classmates volunteer mainly because it’s the right thing to do.

This crop of freshmen, in particular, has also likely been influenced by recent natural disasters, according to John H. Pryor, the researcher who directed the survey for UCLA.

“TheIndian Oceantsunami occurred during their high school senior year, and Hurricane Katrina hit the southern Gulf region in August, as many students began college,” Pryor said. “This widespread rise in student attitudes reflecting social concerns and civic responsibility could be a reaction to the worst global and national disasters witnessed in their lifetime.”

Notre Dame administrators have taken note of the trend, which has manifested itself more subtly here. While high school students applying to the University have long been service-oriented, these days they’re even more outspoken about their intent.

“The one thing I have noticed in reading personal statements (the essay portion of the application) is a growing number of students who say with impressive conviction that they want to make a difference in the world,” says Susan Joyce, associate director of admissions, who has been reading these essays for some 20 years.

Because the percentage of students who engage in service in high school has always been so high, Joyce says the increase has not been a dramatic one, but a quieter shift in recent years from roughly 75 to 80 percent of prospective students listing volunteer activities in their applications.

In addition to their commitment to service, Notre Dame freshmen also are more likely to get involved in community affairs, according to the UCLA survey. Nearly 34 percent responded that it is essential or very important for them to participate personally in community action programs, compared with 25 percent nationwide. They also are more likely to be the ones in charge, with almost 42 percent who say it’s essential or very important to become a leader, again higher than the national average of 34 percent.

Other items of interest from the survey:

Part of the Cooperative Institutional Research Project conducted by the Higher Education Research Institute at UCLA’s Graduate School of Education and Information Studies, the survey is based on the responses of more than 263,000 students at 385 of the nation’s four-year colleges and universities.