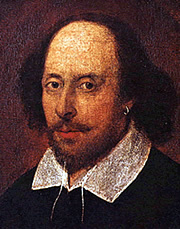 Summer Shakespeare, the professional theater in residence at the University of Notre Dame, will open its 2006 season in mid-July and continue to the end of August with a variety of performances on campus and throughout the community.

The Comedy of Errors,directed by William Brown, will be performed from Aug. 15 to Aug. 27 in the Universitys Marie P. DeBartolo Center for the Performing Arts. Also on the schedule is The Young Companys production ofThe Brothers Menaechmus,the Roman play that inspired Shakespeare to writeThe Comedy of Errors,from July 16 to Aug. 21 at several outdoor park venues in Michiana, andShakeScenes,a collection of short scenes taken from Shakespeares work, Aug. 12 to Aug. 13 in Washington Hall on campus.

Our seventh season continues our mission of offering several ways for audiences to be entertained by and appreciate Shakespeare in any number of forms,said Jay Skelton, producing artistic director of Summer Shakespeare.We want Shakespeares genius to be accessible to everybody.

A complete schedule of performances, as well as ticket and pricing information, are available on the Web at http://shakespeare.nd.edu or by calling the DeBartolo Center box office at 574-631-2800.

One of Shakespeares quickest-moving works,The Comedy of Errorsis a hilarious case of multiple mistaken identities as two sets of identical twins, separated at birth, cause chaos for the citizens of Ephesus where servants mistake masters, wives mistake husbands and love conquers all.

Shakespeares inspiration for writingThe Comedy of Errors,The Brothers Menaechmus,performed by The Young Company, will be presented outdoors at venues including St. Patricks Park in South Bend, McNaughton Park in Elkhart, and Dewey Cannon Park in Three Oaks, Mich. Presented in an accessible, modern translation, this fast-talking comic tale will offer audiences an inside look atThe Comedy of Errorsand familiarize them with Shakespeares artistic process.