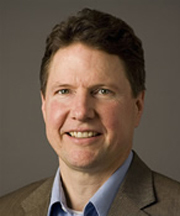 A new survey by the University of Notre Dames Center for the Study of Religion and Society and the Hudson Institutes Center for Global Prosperity (CGP) has found that U.S. congregations of all denominations are giving record amounts in relief and development assistance to poor countries.

The survey, which was part of a comprehensive center congregational survey supported by the John Templeton Foundation, found that religious organizations gave $8.8 billion in 2006. A 2005 CGP study had reported religious giving at $5.4 billion for that year, but was based on limited data. The new study is the first national random sample of U.S. religious giving to the developing world.

The study examines religious and development giving that goes directly to orphanages and schools and other efforts in areas such as Mexico and Haiti, as well as monies given directly to U.S.-based organizations such as the Red Cross and Catholic Relief Services,said David H. Sikkink, associate professor of sociology and the Centers director.

More than 50 percent of the congregations gave an average of $10,500 to U.S.-based organizations that are involved in relief and development efforts and more than 30 percent made donations directly to programs in developing countries. More than 30 percent conducted short-term mission or service trips.

Sikkink also pointed out that while congregations consider evangelism and service to both be part of a holistic ministry, the survey measured only expenditures for items such as food, clothing and medicines and excluded financial support for evangelism.

The sample was randomly selected: it was diverse and in addition to mainline and conservative Protestant congregations, it included Catholic parishes, synagogues and Muslim and Hindu congregations,Sikkink said.It was also more ethnically diverse than earlier surveys, which had difficulty surveying low-income and African-American congregations.

Notre Dames Center for the Study of Religion and Society is dedicated to advancing social, scientific understanding of religion in society through scholarly research, training, and publications.

_ Contact: David Sikkink, associate professor of sociology and director of the Center for Religion and Society, 574-631-2736,_ " sikkink.1@nd.edu ":mailto:sikkink.1@nd.edu