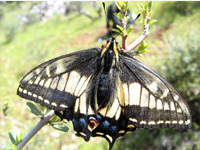 The recent mild winter throughout much of the United States was a cause for celebration for many. However, butterfly aficionados shouldn’t be joining in the celebration.

A new study by Jessica Hellmann, associate professor of biological sciences at the University of Notre Dame, and researchers from Western University found that mild winters, such as the one many of us just experienced, can be taxing for some butterfly or possibly other species.

Hellmann and her fellow researchers studied caterpillars of the Propertius Duskywing butterfly, which feed on Gary Oak trees. This species of caterpillar, like many insects, has a higher metabolic rate and burns more fat during mild winters.

“The energy reserves the caterpillars collect in the summer need to provide enough energy for both overwintering and metamorphosing into a butterfly in the spring,” Caroline William, lead author of the study, said.

So a butterfly needs to conserve as much energy as it can during the winter months. In the paper, Hellmann and her colleagues explain for the first time how warmer winters can lead to a decrease in the number of butterflies. 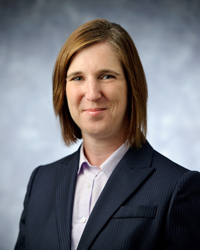 However, Hellmann and the Western University researchers found that warmer winters might not always reduce butterfly populations as much as one might initially think. They reared caterpillars in two different locations: one which often experiences more variable and warmer winter temperatures and one which generally features more stable and generally cooler winter temperatures. The caterpillars that were exposed to the warmer and more variable conditions were better able to withstand the warmer conditions, simply by being exposed to them. They did so by lowering the sensitivity of their metabolism.

However, the ability of even caterpillars accustomed to warmer, more variable winters to cope with such conditions is still limited, according to the researchers. They calculated the energy use of both groups of caterpillars and discovered that the caterpillars that lower their metabolic rates to deal with warmer winters still use significantly more energy to survive them.

“We still have lot to learn about how organisms will respond to climate change,” Hellmann said. “Our study shows significant biological effects of climate change, but it also shows that organisms can partially adjust their physiology to compensate. We now need to discover if other species adjust in similar ways to our example species.”

So although mild winters may be a cause for celebration for many of us, those who are concerned are biodiversity might find them to be much more somber seasons.

The research was funded by the Natural Sciences and Engineering Council of Canada, the Canadian Foundation for Innovation, the Ontario Ministry of Research and Innovation and the U.S. Department of Energy.