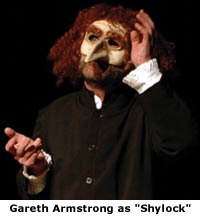 Two theatrical performances and a film series will highlight a conference and arts festival titled “Shylock: A Heritage of Hate” from Feb. 22 to 25 (Wednesday to Saturday) at the University of Notre Dame.

Presented by Notre Dame’sMarieP.DeBartoloCenterfor the Performing Arts, the Spring ArtsFest will focus on the character Shylock, the Jewish money lender in William Shakespeare’s “Merchant of Venice,” to examine the persistence and effects of anti-Semitism in society.

A panel discussion titled “Engaging the Merchant of Venice: Academic Freedom and Anti-Semitism” will be held Feb. 21 (Tuesday) at 5 p.m. in the Philbin Studio Theatre. The Nanovic Fellows Forum will feature panelists Peter Holland, Gareth Armstrong, Henry Weinfield, Jesse Lander and Michael Zuckert and will be chaired by Graham Hammill.

p. Based at Notre Dame, Actors From The London Stage has called the University its American home since 2000, when it relocated from theUniversityofNorth Carolina. Its members hail from such prestigious theater companies as the Royal Shakespeare Company, the Royal National Theatre of Great Britain and Shakespeare’s Globe Theatre.

The troupe’s residency is sponsored by a grant from the Henkels Lecture Series with support from Notre Dame’s Department of Film, Television and Theatre, Office of the Provost, Department of English,CollegeofArtsand Letters Shakespeare Initiative, and the performing arts center.

A complete schedule of events and ticket information are available at the center ticket office or by calling 574-631-2800 or visiting http://performingarts.nd.edu on the Web. **