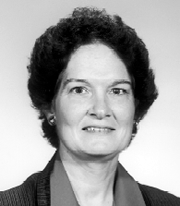 Dominican Sister Kathleen Cannon, associate dean of theCollegeofScienceat the University of Notre Dame, has been appointed to the Board of Trustees of Providence College inRhode Islandand elected secretary to the Providence College Corporation.

We are very pleased to have Sister Kathleens extensive higher education experience and leadership skills servingProvidenceCollege,said Rev. Brian J. Shanley, the recently elected president of the college.She is a devoted alumna and I know she will make a significant contribution to our board.

Sister Cannon earned her bachelors degree in mathematics fromOhioDominicanCollege, a masters degree in religious studies fromProvidence, and her doctorate in ministry from the Catholic University of America.Prior to coming to Notre Dame in 1990, she served on the faculty ofChicago’s Catholic Theological Union. She also taught atAlbertusMagnusCollegeinNew Haven,Conn., where she was chair of the religious studies department, and she has held visiting positions atAmericanUniversity, Princeton Theological Seminary and Notre Dame.

Also serving in a concurrent appointment as an associate professor of theology at Notre Dame, Sister Cannons responsibilities as associate dean of theCollegeofScienceinclude advising associated with international studies programs of the college, diversity issues, college election and award committees and the joint honors program of the Colleges of Science and Arts and Letters.

Sister Cannon served Notre Dame as associate provost and a faculty member in the Department of Theology from 1990 to 1997. During her tenure in the Provost’sOffice, she designed and implemented the Distinguished Women Visitors Series, a program that has brought more than 40 senior women scholars to campus for extended visits. She also initiated the Women’s Award of Achievement, which in a three-year period recognized the achievements and contributions of 18 Notre Dame alumnae from all the colleges, theLawSchooland theGraduateSchool; and she pursued and articulated the need for on-campus child care, an initiative that resulted in theNotre DameEarlyChildhoodDevelopmentCenter.

Sister Cannon’s duties also included advising the provost on a range of academic matters, including women’s concerns, the coordination of faculty personnel matters, and the academic relationship with Saint Mary’s College. She chaired both the Commencement Committee and the Faculty/Student Committee on Women.

A specialist in homilectics, Sister Cannon has published in the New Dictionary of Sacramental Theology, The Encyclopedia of Catholicism, Liturgy, Homily Service, and Markings, as well as The Bible Today and New Theology Review. She has served as a member of the General Council of the Dominican Sisters of Columbus, Ohio, and on the boards ofAlbertusMagnusCollegeandOhioDominicanCollege.