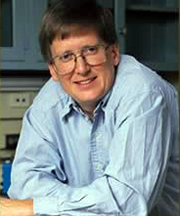 Stephen E. Silliman, associate dean for educational programs and professor of civil engineering and geological sciences at the University of Notre Dame, has been named the 2006 recipient of the American Society for Engineering Educations (ASEE) Global Engineering&Engineering Technology Educator Award.

The award is given to ASEE members who have demonstrated excellence in leadership, exceptional knowledge and creative practices contributing to advances in engineering and engineering technology education, as well as personal and professional development in the global arena via service, invention, consulting work or industry participation.

Silliman was named associate dean in 2002 and has played an integral role in the development of theCollegeofEngineerings first-year program. He has received many teaching and service awards throughout his career, including the Universitys Grenville Clark Award in 2002, the colleges outstanding teacher award in 2003 and the Rev. William A. Toohey Award for Social Justice in 2004. Most recently, the ASEE honored him with the 2006 Illinois-Indiana Section Teaching Award for outstanding classroom performance and contributions to the development of departmental curricula.

Silliman is a member of the American Geophysical Union (AGU), the International Association of Hydrogeologists and the National Ground Water Association. He also has served as a project leader for Lifewater International, the chair of the Groundwater Committee of the AGU and as associate editor on a variety ofjournals, including Ground Water, Hydrogeology, the Journal of Hydrology and Water Resources Research.

Silliman also has made many contributions internationally over the past decade through a distance-learning course taught from Israel for Notre Dame students, a service program for Notre Dame undergraduates in Haiti involving the development of groundwater supplies, and the development of research and educational initiatives between faculty and students from Notre Dame and at Universite dAbomey-Calavi, previously the Universite Nationale du Benin, in Benin, West Africa.

Silliman has led many student learning teams toHaiti, where they teach local villagers how to repair hand pump wells, which are the primary source of clean drinking water in the country.

He also has led several student teams toWest Africato perform groundwater research and to introduce computers and computer skills to rural grade schools. This has led to a major monitoring program for groundwater quality, as well as the implementation of avideo pen palprogram between primary school children in theU.S.andBenin.

Silliman earned his bachelors degree in civil engineering fromPrincetonUniversityin 1979 and his masters and doctoral degrees in hydrology in 1981 and 1986, respectively, from theUniversityofArizona.

He will receive the Global Engineering&Engineering Technology Educator Award at the ASEE annual conference inChicagoin June.