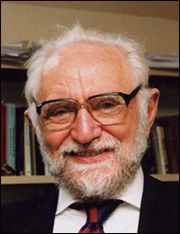 Shakespeare scholar Stanley Wells will explore issues of sexuality in the age of the Bard in a lecture March 31 (Monday) at 5 p.m. in the Philbin Studio Theatre of the University of Notre Dames DeBartolo Center for the Performing Arts.

Sponsored by the Deborah J. Loughrey Endowment for Excellence in Shakespeare Studies and Shakespeare at Notre Dame, the event is free and open to the public. Tickets are required and may be reserved by calling the centers box office at 574-631-2800.

TitledSex and Literature in Shakespeares Time,Wellstalk will discuss sexual behavior and attitudes toward sexuality in Stratford and London, with emphasis on theater and the court, in the late 15th and early 16th centuries, and examine some of the ways Shakespeare and his contemporaries made use of sexual subject matter. The discussion will be candid and the event is not intended for young or sensitive audiences.

Following Wellslecture, guest artist Eunice Roberts will present a performance ofone, two, three,a one-woman show she developed based on ShakespearesTwelfth Night.Roberts is an associate director of Actors From The London Stage, an international touring theater troupe based at Notre Dame.

Wells serves as chairman of the Trustees of Shakespeares Birthplace and is emeritus professor of Shakespeare studies at the University of Birmingham and honorary emeritus governor of the Royal Shakespeare Theatre.

Shakespeare at Notre Dame presents year-round programming, including the upcoming Notre Dame Shakespeare Festival, previously known as Summer Shakespeare. Now in its ninth year, this season will feature a mainstage performance of ShakespearesMacBethfrom Aug. 19 to 31 in the Decio Theatre of the performing arts center; performances of Thomas MiddletonsThe Witch,performed from July 19 to Aug. 15 in various outdoor locations by the Young Company, featuring students from Notre Dame and Saint Marys College; and the return ofShakeScenes,a collection of short scenes taken from the works of Shakespeare and performed by local community members, and high school and grade school students, July 19 and 20 in Washington Hall.