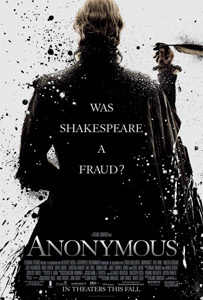 Is the Bard a fraud? Is someone other than William Shakespeare the true author of the some of the most revered works of English literature, as the upcoming movie “Anonymous” suggests?

“Absolutely not,” according to University of Notre Dame Shakespeare expert Peter Holland, the McMeel Family Chair in Shakespeare Studies and Associate Dean for the Arts.

“The film is based on the idea that the person who wrote Shakespeare’s plays was a genius – which is true – and that therefore he couldn’t have been an ordinary person from a rural town and must have been an aristocrat,” says Holland, “The doubters of Shakespeare authorship are snobs who believe in the natural intelligence of aristocrats, and director Roland Emmerich’s film adds fuel to their fire.”

Set in the midst of political intrigue of the Elizabethan era, “Anonymous” offers a conspiracy theory based on thin evidence that Shakespeare was not the author of his plays.

“These theories have not been debated for years by anyone sensible, but there are plenty of nuts out there who believe in conspiracies.”