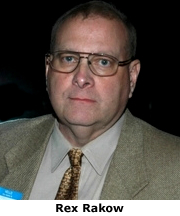 Appointed assistant director of NDSP in 1979, Rakow was promoted to director in 1985 and served as president of the International Association of Campus Law Enforcement Administrators from 1993 to 1994.He formerly served as the director of campus safety atAlbionCollegeinMichigan.

Established in 1978, the Armstrong Award is named in honor of James E. Armstrong, a 1925 graduate who served as the executive secretary of the Alumni Association from 1925 to 1967.