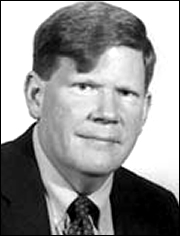 The indictment of Vice President Dick Cheney’s chief of staff, Lewis Libby may reflect as badly on the nations journalism as on its government, according to Robert P. Schmuhl, professor of American Studies and director of Notre Dames John W. Gallivan Program in Journalism Ethics and Democracy.

This is a case of gotchajournalism with a twist,Schmuhl said.Usually, we think of government officials being exposed by reporters and on the receiving end of the gotchaapproach. In this instance, the government used the news media to try to get a perceived opponent. The news media, in effect, became the administration’s weapon. What’s happened should lead to soul searching within journalism about its proper role and conduct.

Just as significantly,Schmuhl continued,embedded in this story is much more than the leaking of one CIA officer’s name. What we’re able to see is the four-square concern and the hardball response of the administration to any questioning criticism of itsIraqpolicy.

Schmuhl, a member of the Notre Dame faculty since 1980, is the author or editor of nine books, includingStatecraft and Stagecraft,Wounded TitansandIndecent Liberties.He has written for the Chicago Tribune, the Philadelphia Inquirer,USATODAY, the Washington Post, the Boston Globe, and __ American Journalism Review .