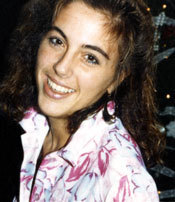 During the final hours of Terri Schiavos life and legal struggle four members of theNotre DameLawSchoolfaculty gathered for a public discussion of some of the issues arising from the controversial court-ordered removal of her feeding tube.

Meeting March 30 in the Law School courtroom, law professors John Robinson, A. J. Bellia, Richard Garnett, and John Finnis, were introduced by discussion moderator M. Cathleen Kaveny, John P. Murphy Professor of Law and professor of theology, who acknowledged the case presented urgent and wide ranging problems and thatsometimes as we sort through these issues, it can become confusing.

As if to prove her point, Robinson, associate professor of law, began the discussion with a cursory description of the surgically implanted device by which Terri Schiavo was fed and an ambitious attempt to describe two millennia of Church teaching in a quarter of an hour.The distinction betweenordinaryandextraordinarymeans of care and survival, Robinson said, has been central to that teaching since the 16 th century, even as medical care has changed in ways unimaginable 500 years ago.The medical amputation of a limb, for instance, once regarded asextraordinarywould not be so today.When the administration of food and water, anordinaryenough means of sustaining life, requires amedical act,the distinction becomes more difficult to make.

Bellia, associate professor of law, addressed the question,Can and Should Congress Give the Federal Courts Jurisdiction to Hear a Case Already Decided by the Florida Courts?Beginning with a recent statement of Bishop John DArcy of Fort Wayne/South Bend thatnutrition and hydrationare ordinary means of preserving life, Bellia emphasized the apparent distance separating the moral urgency of the Schiavo case from the abstract niceties of constitutional disputes.Nevertheless he concluded that by nullifying the decisions of a state court in the Schiavo case, the Congressional actions of March 20 and 21 raise serious and unavoidable questions regarding the separation of powers.

Garnett, associate professor of law, addressed the question of Terri Schiavos religious freedoms and whether these had been violated.Although causing Terri Schiavo’s death by ending artificial nutrition and hydration might have been wrong, her parents’ arguments that the judge’s order violated her religious-freedom rights were unconvincing," he said.Observing that the Constitution protects rather than prohibits, public religious arguments, he concluded thatthe fact that many of the Schindlers’ supporters advanced religious arguments might make some people uncomfortable, but it is unfair and inaccurate to charge that such arguments threaten to turnAmericainto a theocracy."

Finnis, Robert and Frances Biolchini Professor of Law, who addressed the relationship between law and morality in the Schiavo case, argued that life in a persistent vegetative state is not necessarily undignified and thatthe law must uphold fairness against partialityin cases such as Terry Schiavos, as well as for persons who are senile, severely mentally disabled or hopelessly insane.