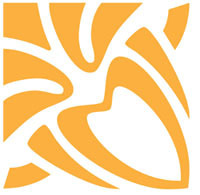 Football games and tailgate parties aren’t the only weekend highlights visitors to the University of Notre Dame can look forward to during the fall semester. The 2009 Saturday Scholar Series promises an intriguing lineup of lectures by some of the College of Arts and Letters’ most engaging faculty.

The talks take place every home football game Saturday in the Snite Museum’s Annenberg Auditorium at noon, with the exception of the off-site game Oct. 31 in San Antonio.

The lecture schedule is as follows:

Sept. 5 – “Memorial Mania: Public Art and Public Feelings in America Today,” with Erika Doss, professor and chair of American studies. Why do we make memorials in America today, and why do we make so many of them? Just in the past few decades, thousands of new memorials—from permanent war memorials to temporary roadside memorials—have materialized in the American landscape. This talk focuses on contemporary American interests in memory, history and public feelings, and the urgent desire to express them in public art and commemoration.

Sept. 19 – “International Security Studies: What the Eggheads Can Teach the Generals,” with Michael Desch, professor and chair of political science. In an April 2008 speech to the Association of American Universities, Secretary of Defense Robert M. Gates argued that “we must again embrace eggheads and ideas.” The challenge for us is to determine when and how academic social scientists can best contribute to national security policy in the future.

Oct. 3 – “Images That Matter: The U.S. as Seen through Latin American Eyes,” with Thomas Anderson, associate professor of Romance languages and literatures. This talk will examine a wide range of opinions that Latin Americans have formed of the United States over the past two centuries through readings of texts from many countries (Argentina, Cuba, Dominican Republic, Guatemala, Mexico, Nicaragua, Puerto Rico and Uruguay) and various areas of study (including, literature, politics, history, economics). Though the views of the authors and the images that they paint of the United States are diverse, many of them are strikingly similar in their revelation of the negative sentiments of Latin Americans who feel violated by what they see as the United States’ imperialistic ambitions in the region.

Oct. 24 – “The French Revolution, or How to Keep Your Head in Turbulent Times,” with Julia Douthwaite, professor of Romance languages and literatures. This lecture will combine reflections on Douthwaite’s decade of experience (1999 to 2009) as a University administrator and manager at Notre Dame, with amusing anecdotes of famous faux-pas of the French Revolution, to provide advice to busy professionals on how not to lose one’s head in stressful situations. Topics include: The Fiscal Fiascos of Marie-Antoinette, Appearances Are All, and That Rascal Robespierre.

Oct. 31 – “Latinos and the Renewal of American Catholicism,” with Rev. Virgilio P. Elizondo, Notre Dame Professor of Pastoral and Hispanic Theology; Rev. Daniel G. Groody, C.S.C., assistant professor of theology; and Timothy M. Matovina, professor of theology. Latinos bring new life as well as new challenges to Catholic parishes and dioceses. This presentation will examine the growing Hispanic presence, especially how to enhance the vitality of Catholic faith in the United States through a renewed understanding of the history, faith traditions, and immigrant foundations of U.S. Catholicism. This lecture will take place in San Antonio as part of the football team’s off-site game against Washington State. To recreate the experience of being on the Notre Dame campus, the weekend also will feature many of the activities of a regular home game, including a pep rally, the Band of the Fighting Irish, Notre Dame’s leprechaun and cheerleaders, a pre-game Mass, a community service project, and more. Additional details about this weekend can be found on the Web at http://alumni.nd.edu.

Nov. 7 – “Going Global: Medical Ethics in the Age of AIDS,” with Maura Ryan, John Cardinal O’Hara, C.S.C., Associate Professor of Christian Ethics. Since it was first recognized in 1981, Acquired Immune Deficiency Syndrome (AIDS) has contributed to the deaths of more than 25 million people. Of those infected with HIV/AIDS in 2007, 68 percent lived in Sub-Saharan Africa. In this lecture, Ryan explores what AIDS has taught us about health and illness, poverty and vulnerability, hope and solidarity.

Nov. 21 – “Understanding the Cultural, Religious, and Spiritual Lives of Emerging Adults (18-23 Year Olds),” with Christian Smith, William R. Kenan Jr. Professor of Sociology. What happens to the religious and spiritual lives of Catholic youths when they make the transition from high school to the college-age years? What does young adult culture look like today? Smith will review major findings from his National Study of Youth and Religion pertaining to Catholic 18-to-23 year-olds.

More information on the Saturday Scholar Series, including videos of past speakers, is available on the Web at http://saturdayscholar.nd.edu.