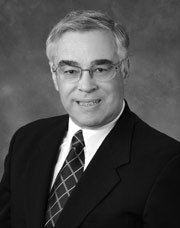 Student Financial Aid:Lessons for the U.K. from the U.S.,by Joseph Russo, director of student financial strategies at the University of Notre Dame, was recently published by the Oxford Centre for Higher Education Policy Studies (OxCHEPS).

The derivation of Russos book is a series of lectures he gave while visiting Oxford University as an OxCHEPS Fellow during the summer of 2006.His principal concern was to assist policymakers in the United Kingdom, whose institutions of higher learning are adopting student financial aid models which increasingly resemble those long used in the United States. The book reviews the political history and the growth of Russos profession, describes the development of current student financial aid policies from both governmental and institutional perspectives, and considers challenges likely to be faced by aid administrators and recipients on both sides of the Atlantic.

A graduate of Le Moyne College with a bachelors degree in English, Russo holds two masters degrees, in student personnel from Syracuse University and in education from the State University of New York.

Previously a financial aid administrator at Le Moyne and Genesee Community College, Russo is internationally respected as a leader in his field.He has 42 years of experience in student financial aid, including the 29 he has served at Notre Dame. He has been a consultant to numerous organizations and was a charter member of the NCAA Committee on Financial Aid and Amateurism. He also has testified before congressional committees on major public policy issues related to student aid.

Russo is co-author of two other books,Paying for Graduate SchoolandHow to Save for College,both published by Random House.