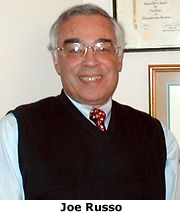 The names of the British universitiesOxfordandCambridgemean academic excellence even to Americans. And supported as they and other British universities are by the national government, British college tuition does not present the challenge to family finances thatU.S.tuitions do.

Just home from a summer appointment to theOxfordUniversityfaculty, Joe Russo, director of student financial strategies at Notre Dame, has returned with a key belief reaffirmed: The broad opportunity to attend college in theU.S.is a significant national asset.

TheU.S.can offer a chance for further education beyond high school virtually for anyone who wants to pursue it,he says.They can do it, and do it with support if they need it.

The variety of opportunities is another major strength: Two-year, four- year, public, private, big, small, urban, suburban, religiously affiliated,he says, ticking off the options.We are recognized around the world as the best.

TheUnited Kingdomitself has recognized the importance of improving accessibility to higher education and is phasing in new approaches toward that end. Russo served this summer as a fellow in the Centre for Higher Education Policy Studies (OxCHEPS), part ofNewCollegeatOxfordUniversity. The Centres work includes developing reports that can be of assistance to university leaders and national policymakers.

The British were seeking a little Yankee ingenuity because their system for financing higher education is on the cusp of change. Historically, fewer than 40 percent ofBritains secondary schools graduates continue onto college. But the lucky minority who do enroll face relatively small tuitions- the equivalent of about $2200.

In 2004, the British Parliament passed new legislation intended to make higher education accessible to more students. To underwrite the cost of that expansion, tuitions would increase. Students entering their first year this fall will pay nearly the equivalent of about $6,000.

Thats still a bargain, byU.S.terms, Russo points out. But its a jump likely to price some families out of the opportunity and has already created considerable angst among manymiddle incomefamilies in theUnited Kingdom.

While individual British universities have modestprograms for needy students, the government is addressing a myriad of questions familiar to any American family with child entering college: How to define need, to identify those who need support, how much support to provide, where to find the money and whether it should be in the form of scholarships or loans.

As an OxCHEPS fellow, Russo composed a report that examines the history ofU.S.financial aid, the policy issues from both the government and institution perspective, and some pitfalls in theU.S.system that the British might be wise to avoid.

His advice on forming a new British system:Make it simple. Make it predictable and make it encouraging. We know it can be too complex.

During this three-week fellowship, Russo lived atNewCollegeestablished in 1379, and genuinely medieval. His dining companions were from all academic disciplines and he was referred to as a professor. The experience, he says,Was professionally invigorating.